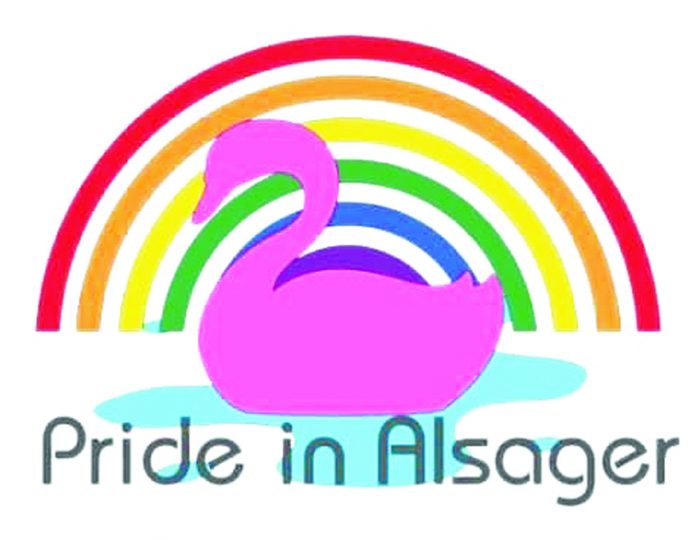 Pride in Alsager has announced two events to celebrate equality next month.

The town’s newly formed group of LGBTQ+ community and its supporters has organised a parade through the town on Saturday, 9th October, before an evening of live music at Radway Social Club on Longview Avenue.

The march will begin by Spar on Crewe Road at 12.30pm before heading up to the town centre, down Ashmore’s Lane and Station Road, before finishing in Milton Park.

The parade will consist of music, dance and “plenty of rainbow colour”, including the new group logo which features a swan with trans-inclusive pride colours.

Local businesses are being invited to support the event by adding Pride decorations and colours to their window displays or frontages.

A spokesperson for Pride in Alsager said: “We’ve managed to pull together a spectacular couple of events, I don’t think we can quite believe it ourselves – excitement is high.

“We’ve received so much help and support from within our group and the wider community, Alsager is really pulling together on this one.”

Following the march, an evening of Pride-themed entertainment will follow at the social club from 6pm.

Live performances will run from 7pm until 1am and the event will be hosted by Stoke-on-Trent drag artist and DJ Ruby Von Trappe.

Slugs Ate My Parents will also be making an appearance and the evening will include a raffle with prizes being donated by local businesses.

The LGBTQ+ community support organisations will also be at the social club to promote their free services.

Treasurer for Pride in Alsager Glen Mitchell said: “It’s an exciting start for the group, which aims to increase visibility for the LGBTQ+ community within Alsager and its surrounding area, and to provide support to members of all ages and work to improve equality.

“We look forward to members of the LGBTQ+ community and our allies joining together to help make the first Alsager Pride a success.”

Tickets for the event are on sale at Radway Social Club and Paradox Vapes, on Crewe Road.