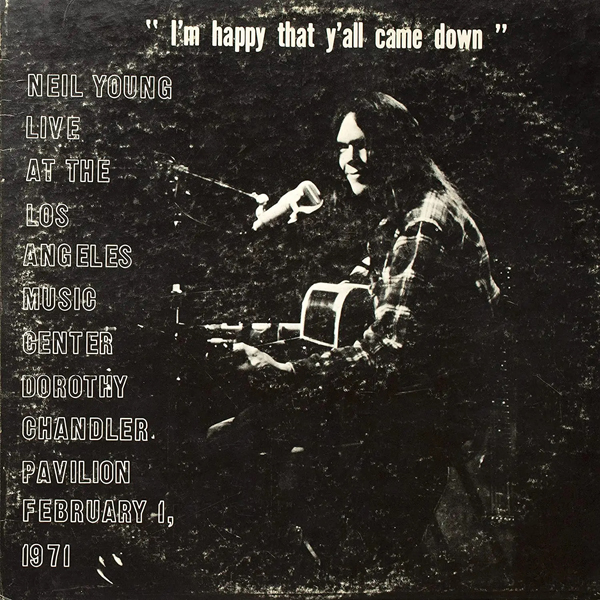 This is part of the Neil Young Archives Official Bootleg series and it’s excellent. The last album we reviewed was good but mostly interesting for the now-classic songs played early in their careers, the crowd mysteriously silent as Young rolled out future bangers.

This new live release conversely is genuinely enjoyable, and we’ve had it on repeat far more than a 50-year-old recording of songs you know inside out should really deserve.

For a start, it’s a performer at the peak – ok, one of the peaks – of his career, having just written such future classics as After The Gold Rush, Old Man, A Man Needs A Maid and Heart of Gold. For another, it sounds like a good audience and Young is having fun, cracking a few jokes and being nicely self-deprecating. It was the last night of a tour, and the last of three straight nights, so Young says he was “feelin’ pretty good”.

He opens by warming up the crowd with On The Way Home, from the last Buffalo Springfield album, then Tell Me Why, from 1970’s After The Gold Rush and the opening notes getting applause from the crowd. Then comes Old Man – written about an old man who worked on Young’s ranch and how the cattle ranching of his youth had gone, “something that’s alive that’s dead” as he tells the crowd.

Heart of Gold opens to no applause, Man Needs a Maid to the explanation “My mind started wandering… I didn’t know what the song meant when I wrote it in my head”. For Sugar Mountain, he stops mid-song to explain that he wrote 126 verses for it and one verse is the worst verse of all 126 “so I decided to put it in the song, to give everyone a frame of reference as to what can happen… It’s one of the lamest verses I ever wrote, and it takes a lot of nerve to sing it”. (It’s the verse starting “Now you’re underneath the stairs / And you’re giving back some stares”).

Another new one was Needle and The Damage Done, about heroin addiction and about “somewhere in the universe is a place where all the great art is, that never got out because of heroin,” he says Ohio has no intro and does get applause; as we said in the last review, the Kent State massacre was still fresh in people’s memories.

As usual for the time,  the set closes with Dance Dance Dance. You’ve heard all this music before, but it’s a great show.