Planning to turn rural Bosley pub into a family home 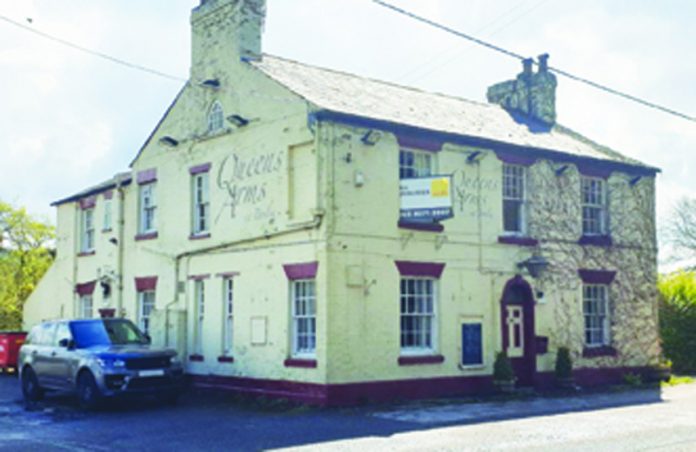 Time has been called at a former village pub which could be converted into a family home.
The Queen’s Arms on Leek Road in Bosley called last orders for the final time on 23rd January last year.

Now, the new owner is seeking listed building consent to convert the early 19th century building into a family home.

A statement submitted with a planning document on behalf of the owner said: “This proposal will make a positive contribution to the local environment and will give life back to a building, ensuring the building survives for many further years.

“If the building is not re-purposed and change of use approved, there is a risk that the building will be unusable.

“It is considered that nothing contained in the proposals would cause harm to the charm, character and setting of the listed building.”

So far, two members of the public have made representations.

A neighbour has objected saying there has been an agreement between the village primary school and the Queen’s Arms for many years that parents and teachers could use the pub car park.

“If this parking facility disappears from the village, the school is left without a parking option,” said the objector. “I believe that if this plan is accepted then it must also come with something from Cheshire East to ensure the safety of children in the community, whether that be the extending of the lay-by considerably, a local car park, or reduced speed limit, speed controls, speed camera or zebra crossing.”

Macclesfield Civic Society stated: “The scheme has merit in that it would secure the future of the listed building and would be consistent with the residential uses to the north.
“As a single dwelling the curtilage would be extensive and any proposals for additional development should be viewed critically.”

The application can be viewed on the Cheshire East Council planning portal using the reference number 21/4014M. The last date for comments from members of the public is 1st September and the council’s decision target date is 20th September.