Police chief ‘no wish’ to run the fire service 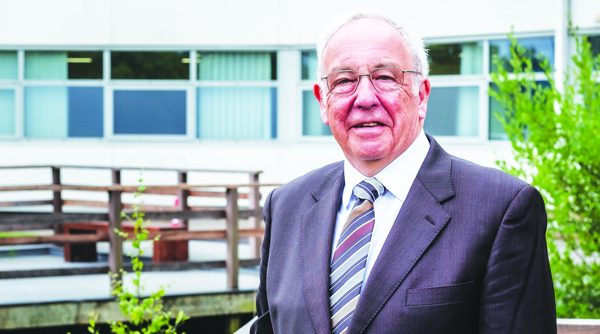 Cheshire’s police and crime commissioner has said he has “no intention” of asking the Government if he can take over responsibility for the fire and rescue service.

John Dwyer made his feelings clear following a meeting of the Police and Crime Panel on Friday, which he was unable to attend because of illness.

At that meeting the panel decided to hold a special meeting next month to discuss and respond to a Government proposal that could see police commissioners oversee fire and rescue services. This already occurs in Staffordshire.

In an open letter to panel chair Evan Morris, which has been published on the police and crime commissioner’s website, Mr Dwyer said: “The white (Government) paper explains there is a strong case to consider options to transfer the governance of fire and rescue service to an elected individual. One option could be to transfer responsibility to a police, fire and crime commissioner.

“While I acknowledge the findings of the review and the possibility that the Home Office may mandate governance changes across England, the white paper explicitly explains that it is currently for each police and crime commissioner to determine whether they want responsibility for fire.”

He said, to date, only four areas had made the transition to a police, fire and crime commissioner.

He added: “For absolute clarity and the avoidance of doubt, I reiterate that I have no appetite to submit a proposal to the home secretary in relation to the transfer of governance of the fire and rescue service within Cheshire.

“I have previously explained my position to the chief fire officer, the fire authority as well as police and crime panel members. It is disappointing that panel members have not paid attention to my previous comments in relation to this matter, nor referenced my position within the panel meeting on Friday.”

He added: “In the absence of the Home Office mandating governance changes across England, I can advise that there are no implications for the police and crime panel within Cheshire.”

At Friday’s meeting of the panel, Cheshire East councillor Paul Findlow said: “I was going to ask the commissioner – unfortunately he’s unwell today – if he had in mind if he was contemplating making a submission to assume jurisdiction and responsibility for the fire and rescue service or not, so we don’t quite know what the position is there.”