Pub cracking down on unruly under-21s 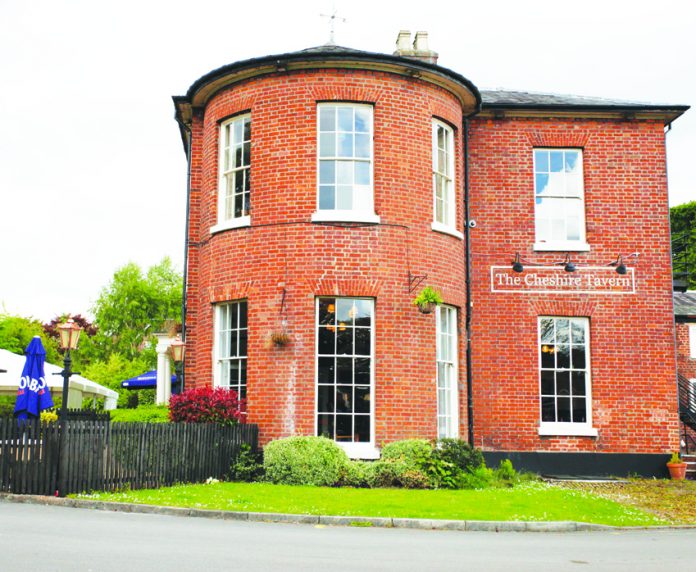 A popular Congleton pub has clarified that it has no outright ban on under 21s, but rules have been tightened after a “massive influx” of fake IDs in the town.

The Cheshire Tavern, on West Road, issued a statement late on Saturday night stating that “unacceptable behaviour” would not be tolerated after drug use and underage drinking was spotted by staff.

Landlords Adam and Matt Oliver-Eaton said that the venue would, as a result, be open only to those older than 21 for casual drinking, but that under 21s could still visit for meals with family. Cheshire Police has said that it supports the move.

In a later statement, issued by the pub on Tuesday, the owners elaborated on their decision: “Groups of 18-21s drinking are not permitted on the premises. Ages 18-21 can still visit with family for meals and exceptions may be made for groups of two people.

“This is because of the large rise in cases of poor behaviour in the last four weeks.

This has not been brought on by a singular incident. It has in fact been a result of four continuous weekends of poor behaviour, drug abuse and underage drinking.
“Unfortunately, almost like clockwork more troublemakers were arriving. The massive influx in Congleton of fake IDs has been staggering.

“We are aware that not all 18 to 21-year-olds cause trouble, hence it is not a complete blanket ban.”

The Oliver-Eatons only took over the establishment in February last year, a month before the national lockdown in the spring forced them to close. It reopened to outdoor customers last month and started serving indoor again on Monday.

Matt Oliver-Eaton told the Chronicle: “Some other media organisations called it an ‘outright ban’, which it is not, and the comments were a bit horrible.

“Everyone was focused on the drugs, but it was the underage drinking that is the biggest concern because, in severe cases, landlords can go to prison if they allow it in their pubs. I am not willing to go to prison just because a 16-year-old wants a dark fruits.

“We tried a lot of different things, we even had parents in the pub to speak to their kids with us. The parents were really good about it and grateful that we rang them, but you can only do that so many times.

“We have been putting constant messages in the pub watch group with the names of the people we’ve had to kick out and the other landlords are really supporting us, as well as the PC that works with pub watch.”

Cheshire Police had a message of support for the Cheshire Tavern and other pubs as they reopened indoors this week.

Inspector Jim Adams said: “Congleton Beat team has been supporting our licenced premises through the lifting of restrictions to ensure the night time economy is re-introduced safely for everyone to enjoy.

“While these issues have not been highlighted to us, we will support the Cheshire Tavern and all licensed premises in preventing anti-social behaviour and drug use.

“I’d like to reassure residents that we have additional town centre patrols on duty and are working with licensing to keep businesses and residents safe.

“Anti-social behaviour and illegal drug use will not be tolerated and we would urge anyone who witnesses this behaviour to contact us on 101 or via our website.”