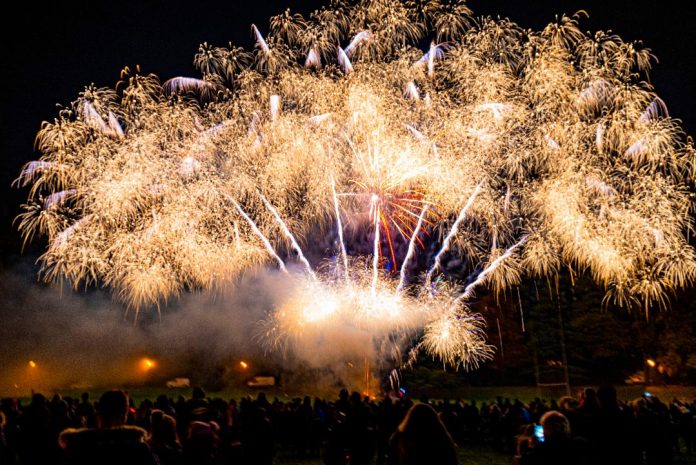 A big question mark hangs over the town’s bonfire and fireworks – usually held in the park on the Saturday closest to 5th November – its organisers have warned.

The Rotary Club of Congleton is starting to make plans for its year’s events but said that even though the firework display was in the open, social distancing might still needed and track and trace rules could “render the event uneconomic or even impossible to run”.

A club spokesman said: “This would be a major blow, both for the event, which is popular and well-supported by the community, and for Rotary, as it is a significant annual fundraiser.”

The club said that whether or not the event went ahead, the new Guy Fawkes competition – in which entrants display their Guys at the front of houses and schools – could make a come-back again this year.

There is better news as Rotary Congleton plans a programme of public activities for the rest of the year.

All the activities being looked at are still subject to Government restrictions, but the signs are good that they can now go ahead as the country returns to a more traditional way of life, said the club.

The popular Last Night Of The Proms, held in the hall of the New Life Church, will return on Saturday, 25th September, complete with orchestra and soloists performing the well-loved and traditional programme.

Another firm date in the diary – virus regulations permitting – is the Rotary Christmas concert at the Daneside Theatre. The club has booked the theatre for 11th December.

Plans are in place for the club to host a jazz night, probably in July, and to run a pig race some time in October. Both dates and venues are still to be confirmed.

The Young Artist competition will not return until early 2022.

A new award scheme called Stars Of The Future also aims to recognise the contributions that young people make in the community. This could start in December.