Revealed: how town’s fire station could look after external facelift 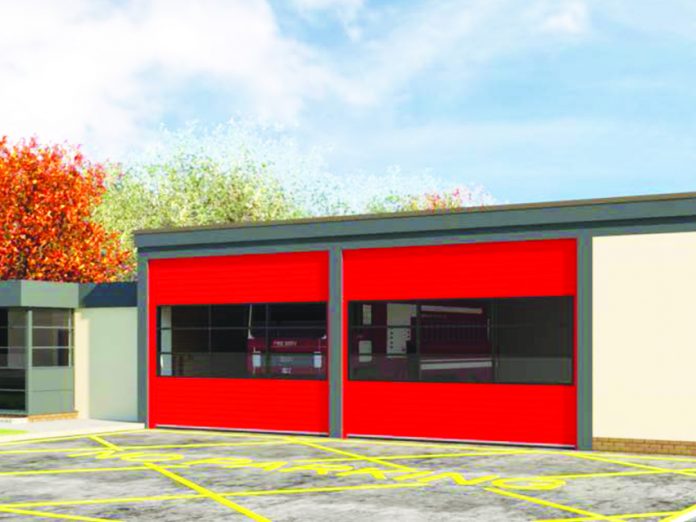 Congleton Fire Station could get a facelift – if planners approve the designs.

An application has been submitted to Cheshire East Council for permission to alter the external appearance of the West Street building.

The singe-storey station originally opened in 1967, and as part of the ongoing Cheshire Fire Authority Modernisation Programme, the station is due to be refurbished both internally and externally.

The latest plans submitted to the council by Cheshire Fire and Rescue Service solely concern improving the exterior in a bid to improve the sustainability of the building and “reduce the environmental impact”.

The work includes enhanced insulation to roofs and installation of double glazing.

Photovoltaics would also to be installed to allow the building to switch from gas to all electric heating.

On the roof, there are plans to remove the cladding to the tank room and lower the chimney stack. Photovoltaics would be installed on the accommodation block and appliance bay roofs. Safety handrails would be added to the perimeter of the roof.

At the front and rear of the station, two bay doors would be replaced with new doors and one appliance door opening would be bricked up and rendered. New doors would also be installed to the rear. Inclusive, one-level access will be provided. An accessible toilet is already included within the building.

To the side elevation, a glazed screen would be bricked up and rendered and a new door would be installed. Some walls and fascias would receive cladding or colour render and all timber framed windows and doors would be replaced with new aluminium versions.

Outside, there are plans to dispose of the flagpole and introduce a new one in an alternative location.

The site will continue to be used as a community fire station.

People have until 28th October to comment on the plans on the council’s online planning portal using reference number 21/4933C. The council’s decision target date is 15th November.