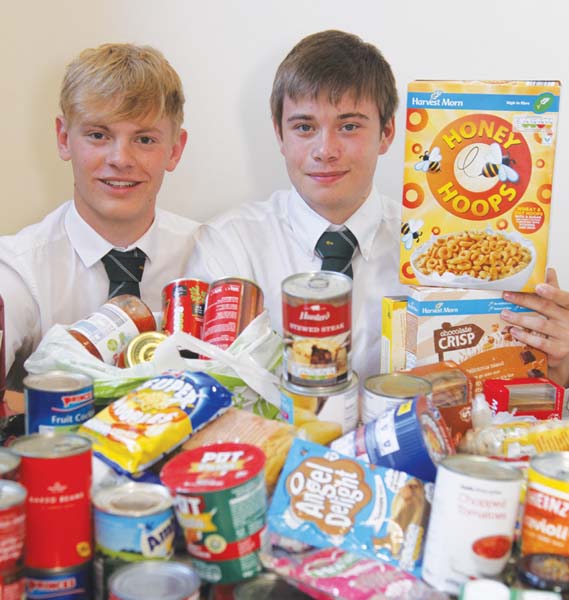 It has been another busy three months for the Sandbach food bank, with 26 referrals in November, 35 in December and 24 in January, according to its latest report.

The average number of referrals per week in 2020 was five – up from 2.5 in 2019, according to a report in the St Mary’s Church Challenge magazine.

Said the report: “Our workload has doubled since the start of the pandemic.
“We continue to benefit from the generosity of local people, with lots of donations of both food and money coming in, particularly during the run-up to Christmas. This included a food collection by the cricket club and a raffle held by Iceland which raised £120.”

The foodbank said that in addition to referrals for food parcels, it prepared 37 Christmas food parcels for local families referred by the children’s centre, families centre and local primary schools. These contained special Christmas items including Christmas cake, Christmas pudding, mince pies, a tub of chocolates, and some Fairtrade chocolate angels, which included the Christmas story.

To donate food to the foodbank, visit the Wesley Centre on a Wednesday afternoon between 2-4pm, when the collection box is outside. People can also donate at the Nationwide, the Co-op on the Hill and One Stop on Price Avenue.

At the moment, the foodbank is “pretty well stocked”, but the items it gets short of regularly are: long-life fruit juice, UHT milk coffee, tinned fruit and sugar.
See the Facebook page Sandbachfoodbank for more information.