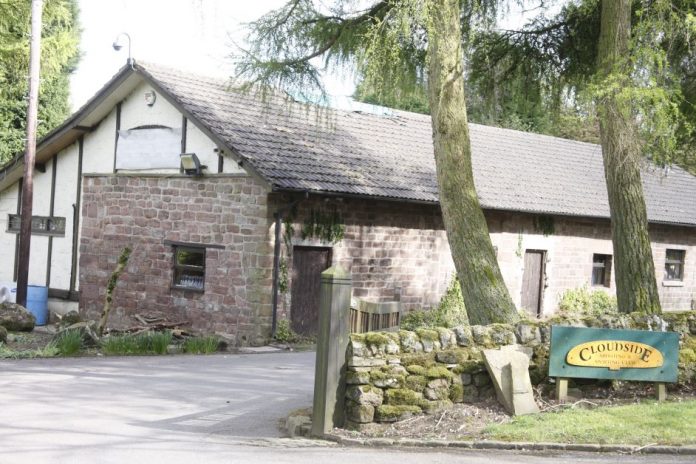 Cloudside Shooting Grounds has been accused of being “the worst example” of covid non-compliance in Staffordshire by police who have applied to have its licence revoked.

This week, the gun club said it did not believe there were grounds to withdraw its premises licence and that it was “co-operating completely” with the police and licensing authority.

Staffordshire Police said an application had been made to the district council to review the Red Lane premises’ licence because the licence holder showed they have a “blatant disregard for the regulations, which is a serious failing of compliance”.

The force said that not only had the club breached covid regulations by allowing people to eat and drink alcohol on the premises during December, but a further breach of the premises licence was made because guns had been left unattended on top of sofas in the lounge and that a child was seen playing in an area next to unattended guns.

In its application to Staffordshire Moorlands District Council, licensing authority Staffordshire Police said Maurice Snelling, a director of Cloudside Outdoor Pursuits, who is also the premises licence holder and designated premises supervisor, was found to have “seriously undermined the licensing objectives of prevention of crime and disorder, public safety and the protection of children from harm, by allowing the premises to be opened in contravention of health protection (coronavirus) regulations, putting the public at risk of contracting the virus and subsequently passing it on to others”.

A spokesman for the club said this week: “We have cooperated completely with the police and the licensing authorities. We don’t believe that there are grounds to withdraw our licence, but we will continue to co-operate with Staffordshire Moorlands to deal with this and any other issues that they raise.”

The evidence gathered by the police, which made up its application, was based on a number of visits to the shooting club during December, which were recorded on officers’ body-worn cameras.

On Saturday, 19th December, police received a report at 1.30pm from someone who had been walking past the club and seen customers inside with drinks in their hands.

They said the television was on and that the car park was “full” of vehicles.
Later that day, two police officers visited the premises in response to a report of a covid-19 regulation breach.

The officers were met by a man who they believed was Mr Snelling but in fact was Lindsay Asplin, a manager at the premises.

The officers said Mr Asplin “tried to insist” that Cloudside Shooting Grounds was in Cheshire because it had a Cheshire postal address and was “verbally obstructive” to the officers, stating that he would only allow one of them inside the premises.

The officers entered the clubhouse to find five people seated at three different tables within the dining area, “consuming what appeared to be wine and mince pies”.

The application said the officers also spoke to Karen Sellars, a director and secretary for Cloudside and the wife of Mr Snelling. According to police officers, Mrs Sellars insisted that the Cloudside Shooting Ground was in the Cheshire area and was under tier two rules.

The officers requested that the five people eating and drinking left as soon as possible.

They also spoke to Mr Asplin and Mrs Sellars, who kept repeating that they believed the premises was in Cheshire.

In its evidence for the application, Staffordshire Police said: “It is clear that Mr Asplin and Mrs Sellars were at best misleading and worse deceitful in what they told the officers.”

The application said Mrs Sellars “has resided at the premises for a substantial number of years”, and that in December Mr Asplin named a member of Staffordshire Police’s firearms licensing department that he had interactions with as manager at Cloudside.
“It is therefore more than reasonable to expect them both to know in which area the premises is located,” said the application.

Both police officers described Mrs Sellars as being under the influence of alcohol.
Body-cam footage records one officer calling Mr Asplin “Maurice” “and at no time does he correct her”, the police told the district council in its application.

Its application form said: “One wonders why he did not correct the officers as to his identity, as any person would have done, when being addressed by a name that was not their own. The lack of honesty and frankness with the attending officers illustrates a contempt for the covid-19 regulations.”

It explained that an environmental health officer spoke to Mr Snelling when he was given advice about which elements of his business could open and which could not and that takeaway food meant taken away from the premises, not just outside on to the patio or car park.

Police said this was a breach of the premises licence because no notices requesting that patrons respected the proximity of local residents and to leave the premises and area quietly were displayed, and because no members of staff were present during the visit to operate the cctv system.

Mr Snelling was asked about his cctv and he told the officers the recording box was in the loft and there was no ladder access available.

“He was unable to show that the system recorded images and retained them for 31 days,” police claimed.

A request was then made by Staffordshire police for cctv footage recorded on five days during December and a request for proof that the system recorded for 31 days.

When it had still not been provided seven days later, police explained to Mr Snelling that failure to produce the footage would be deemed that he had failed to comply with Licensing Act legislation and an application would be made to review the premises licence.

When a police officer hand-delivered a request for footage from two other days to Mr Snelling at the shooting grounds, it was said Mr Snelling “proceeded to tear the letter up”, which was recorded on the officer’s bodycam.

The application said that to date no reply had been received from Mr Snelling about when that footage would be available and no proof that the cctv system retained 31 days’ footage had been provided.

When they were eventually able to view the footage, police found that on each of the five days recorded, the premises was open and serving alcohol and food. The premises were “busy” and on some of the days “crowded with customers”.

There was no social distancing, with some customers walking around with drinks, standing without masks and only a small number of customers and staff were taking covid-19 precautions, the report said.

“It is concerning that both that Mr Snelling and Karen Sellars can both be seen on the footage showing a disregard for the licensing conditions and the breaches of the covid-19 regulations which were occurring,” the police application said.

“It is clear on each of the days the footage was recorded the premises was not adhering to the tier three regulations and was open for business.”

Police also said the premises was not adhering to tier two regulations.

The review of cctv footage also highlighted further breaches of the premises licence as it showed guns left unattended on top of and next to sofas in the lounge, guns being carried through the licensed area of the premises that were not in slips or gun cases and the gun room left open, with no staff members present.

“Of note,” police said, “the premises does allow accompanied children into the premises and when guns were left unattended on 16th December, a child is playing in the area next to them.”

Taken on 30th December, a police officer’s body-cam footage apparently showed a member of staff in the background walking to the gun room with a gun not in a slip or gun case.

“This was not seen at the time of the visit by the officers who were involved in an intense and sometimes heated conversation with Karen Sellars and Maurice Snelling,” police said.

The application explained that the plan attached to the premises licence when it was granted on appeal in 2010 did not reflect the current layout of the premises.

The plan shows a room off the dining room as a shop which is now a gun room. “This means that any guns being returned to the gun room have to be taken through the lounge, the bar area and then the dining room, all of which are part of the licensed area,” the police’s application said.

It added: “As can be seen from the cctv footage, these areas can be full of people eating and drinking. The location of the gun room means that to comply with the premises licence conditions, all guns returned to the gun room would need to be in a slip or case.

“It is clear from the cctv that this condition of the premises licence is not being adhered to by staff and customers.”

Police pointed out that at the time the premises licence was issued, Mr Snelling’s solicitor, Richard Williams, said: “Guns would not be allowed in the clubhouse and would be kept in a secure storeroom.”

The police application form said: “Mr Snelling is present when guns are conveyed through the licensed area of the premises not in a slip or gun case and he takes no action to enforce this condition.”

It added: “The circumstances outlined show Mr Snelling, premises licence holder and designated premises supervisor for Cloudside Shooting Grounds, to have seriously undermined the licensing objectives of prevention of crime and disorder, public safety and the protection of children from harm, by allowing the premises to be opened in contravention of the health protection (coronavirus) regulations, putting the public at risk of contracting the virus and subsequently passing it on to others.”

It said: “This is the worst example of a lack of compliance with the coronavirus legislation by a licensed premises in Staffordshire and due to the premises licence holder/designated premises supervisor being directly involved shows that they themselves have a blatant disregard for the regulations which is a serious failing of compliance, and further undermines the objectives of public safety and the protection of children from harm.

“The behaviour of Mr Snelling falls considerably short of what would be expected from a responsible retailer while holding a position of trust and authority, particularly in a time of a national emergency and therefore Staffordshire police submit that the only appropriate step to take is to revoke the premises licence.”