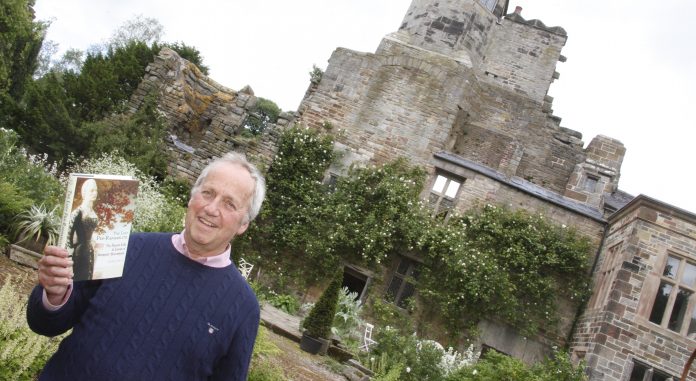 Tributes have been paid to one of the designers who restored Biddulph Old Hall to its former glory, following his sudden death.

Nigel Daly, who was 72, died at Nefyn in Gwynedd, north Wales, on 15th September.

He leaves behind his partner Brian Vowles, who along with Mr Daly had made it their mission not only restore the Old Hall, once the home of the pre-Raphaelite artist Robert Bateman, but to also recreate his romantic garden.

Mr Daly had given numerous presentations to Biddulph Historical Society on the restoration and history of Biddulph Old Hall since the designers set about their challenging quest.

Paying tribute, Roland Machin MBE, chair of the historical society, said: “Nigel’s talks were animated by his enthusiasm for his subject and attracted capacity audiences.

“His multiple talents as a researcher, gifted architectural illustrator and writer enthralled his audiences on every occasion.”

Mr Machin added: “His passion for his home that he and Brian stumbled upon one foggy afternoon was obvious to me as a neighbour and friend.

“My son and I enjoyed his company when we assisted with arbour culture projects in the Clough and his generosity at post-Christmas gatherings was legendary.”

He added: “His contribution in the restoration of the hall and historical documentation serves as his legacy to Biddulph and a wider community.”

Mr Daly and Mr Vowles bought Biddulph Old Hall in 2006, which they began to restore and to recreate the Bateman garden.

During the years since, organisations and societies have enjoyed tours of the property by Mr Daly, which were often followed by tea and cake.

In July, the hall and gardens featured in a six-page spread in House and Garden magazine, which praised the designers’ recreation of the Victorian garden, describing it as “peculiarly English” and that within the garden “the centuries seem to collapse in on themselves”.

Reacting to the magazine’s feature Mr Daly had said: “House and Garden won’t feature anything that isn’t original, so it was quite an accolade in that they felt the gardens were interesting enough. It was slightly surreal to see it in the magazine.”

Paying his tribute to Mr Daly, Coun John Jones, who represents Biddulph Moor, said: “I had the privilege of knowing Nigel. It’s such a sad and tragic loss. He was one of the warmest most generous-hearted people I’ve ever met. Nigel could not do enough for anybody. I was devastated when I found out.

“I feel for his brother David and partner Brian. Nigel was such a giving and generous fellow, and it is really sad that he has been taken far too soon.”
Coun Jones recalled Mr Daly’s generosity when he was chair of Staffordshire Moorlands District Council.

“When I was chair at Leek, Nigel and Brian offered to put on an afternoon tea at the Old Hall for all the civic leaders. They would not accept any money but put it on so we could raise money for the chairman’s charities.”

Coun Wayne Rodgers said: “It’s such sad news. He came to the town council’s tourism subcommittee meetings some years ago to tell us what he wanted to do with the Old Hall, and he went on to fulfil what he said he was going to do.

“With his partner he did such a fantastic job of restoring it.”

Mr Daly’s book, The Lost Pre-Raphaelite The Secret Life and Loves of Robert Bateman, tells the story about how he unearthed the hall’s history and that of Robert Bateman’s life, during the restoration project.

A memorial service will be held at St Mary’s Church, Astbury, at 1pm on Tuesday.

Donations, if desired, can be made to “Old Hall Restoration” towards a memorial staircase for Mr Daly in the tower at his home, via undertakers JA Whiston, King Street, Knutsford, 01565 632 644.