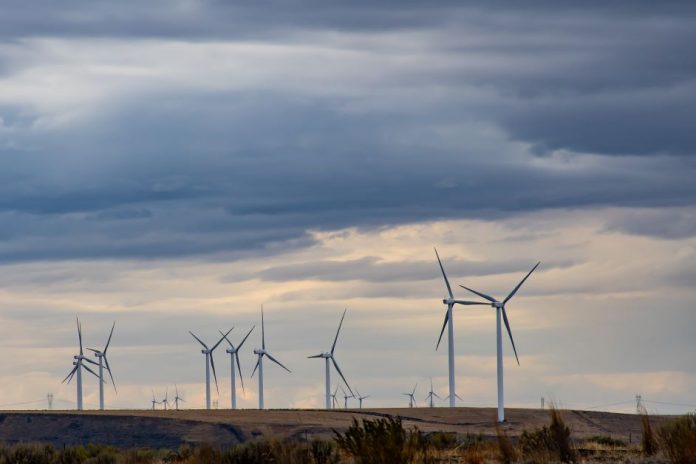 “There’s lower hanging fruit to pick” in terms of cheaper forms of alternative energy sources, a Biddulph councillor said this week after another had suggested hydroelectricity schemes should be considered in the Moorlands.

Coun Nigel Yates, the Labour representative for Biddulph West, said that solar power and wind turbines should be at the top of the list when it came to the generation of renewable energy and had a swipe at the Conservative controlled Staffordshire Moorlands District Council claiming it had just been “grandstanding” since announcing a climate commitment almost three years ago.

Coun Yates was responding after Biddulph Independent Coun Andrew Hart had championed a community hydroelectricity scheme on the river Dane in Congleton where “Archie” the Archimedes screw was due to be installed this week to generate electricity for the nearby Siemens factory, which will pay a commercial rate for it.

Coun Hart referred to the Local Electricity Bill currently going through Parliament, which would allow consumers to purchase energy from local groups and not just from the national utility companies. The aim is to encourage and enable the local supply of electricity.

Coun Hart said: “It will be interesting to see if Staffordshire Moorlands District Council can exploit this new energy bill because there will be incentives for local people. Electricity will be able to be sold to individual houses or villages.”

Explaining that the Moorlands was ideally placed for the generation of electricity from water, Coun Hart said: “We have two things in abundance here – hills and water.”

He said at Biddulph Grange Country Park there was an old hydroelectricity plant where water drove an old Victorian electric turbine that used to provide power to the old house, but which had “passed its sell-by date”.

“There are sites round about and there would be opportunities with this Bill for communities to get together to source energy locally. It doesn’t do any harm to look for a cheaper source of electricity,” Coun Hart added.

But Coun Yates said: “There’s lower hanging fruit to pick than hydroelectricity schemes and we are very frustrated about the delay in the district’s green structure plan.

“It’s nearly three years since the district’s climate commitment was announced and since then it’s just been grandstanding and hot air.”

Coun Yates said solar panel and wind turbines should be considered before harnessing electricity from water as it would be cheaper.

“The roof at Biddulph Leisure Centre would have been ideal for solar panels and enormous opportunity has been lost because it’s just had a brand new roof – and it is south facing.

“And Mill Hayes Sports Centre has a beautiful south facing roof. The centre is on a main road and lots of people would see the solar panels and ask more about them.”

Coun Yates said other “low hanging fruit” was the use of wind turbines, saying: “There is a strong case that farms should be powered by wind turbines. There’s a debate to be had and we need to start that debate.”

He said the problem with a hydro-electricity scheme in Biddulph was that there was not a continual head of water to drive a turbine.

“Whether the Biddulph Valley is suitable for a meaningful scheme, I would be very surprised,” Coun Yates added.

He said the best option could be Knypersley Reservoir at Greenway Bank.

“That is the feeder to the Caldon canal and comes out as a continual flow under reasonable pressure, but we don’t know how much power it would provide or who would plug into the supply,” he said.

Coun Joe Porter, the district council’s portfolio holder for climate change and biodiversity, said: “We are already investigating this with external consultants, looking at the potential for hydro power projects but we are in the very early stages at the moment.

“It would obviously be quite a lengthy process and these things don’t happen overnight and take time to plan.

“We want to be a carbon neutral district by 2030 and part of that is the decarbonisation of the electricity system and a hydro power scheme could be part of that package.”

Coun Porter added: “In Staffordshire Moorlands we have a lot of water resources locally and we want to champion a nature-based solution to climate change.

“There has been a piece of academic work done recently about the opportunity for hydropower in Staffordshire and we are looking at that.”

As part of its commitment to tackle climate change, the district council has announced “ambitious plans” to plant community orchards in towns across the Moorlands including five in Biddulph.

Coun Porter said: “We are using that as a starting point to a very ambitious tree planting programme in the coming years to increase our carbon capture.”

He said working with local councillors, the district has earmarked potential sites for the community orchards and more orchards could be added.

The first trees will be planted in November, when the tree-planting season begins.