Aldi eyeing up Barn Road for return of its second store 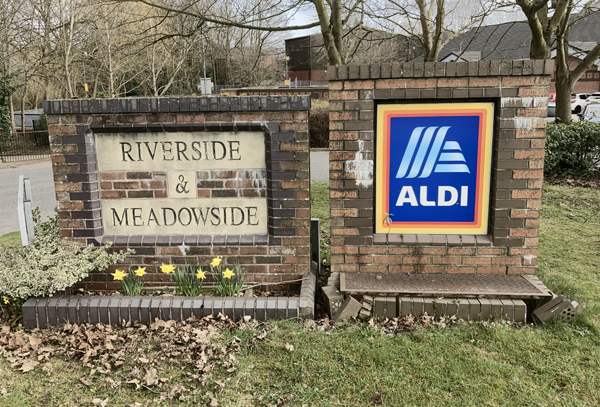 A second Aldi store could be returning to Congleton after a behind-the-scenes meeting with supermarket bosses.

The town previously had two of the low-price stores, one in West Heath and the other off Mountbatten Way – but the latter closed down at the end of last year.

However, after outlining plans with Cheshire East Council in a virtual meeting that the Chronicle has been told took place last month, a spokesperson for the German retailer confirmed that it was “working up proposals” for a new store off Barn Road.

Coun Suzie Akers Smith was invited to that pre-application discussion to look at “connectivity for non-motorised users”. Developers often pay the local authority to hold pre-application meetings if an upcoming planning application is likely to throw up potential issues. It means they can be ironed out before the proposal reaches the committee stage.

Coun Akers Smith said: “There’s going to be another 3,500 houses on that side of town which equates to about 7,000 people. Tesco is always busy, and the Aldi at West Heath can’t accommodate any more people, so a second Aldi would be a good idea.

“A lot of people like Aldi so as long as there’s a bus so people can get to it, it would be great. And the plans seem to show that it’s not going to be a typical Aldi, it would be an improved offering with additions like a bakery – it would have a nicer feel.”

The Chronicle reported in the summer that a foodstore was in plans detailed for the expansion of the town’s business park near Viking Way where a significant amount of residential development is progressing. But at the time, none of the big supermarket chains wanted to announce their interest in the site.

According to documents shown to council bosses as part of the recent meeting, the store would be 1,332sqm, but the site eyed by Aldi also contains provision for a 400sqm “hot food takeaway” with a “drive-thru”, which Coun Akers Smith said would be rented out by the supermarket to another retailer.

It is thought that Aldi is keen on this being a Starbucks, although a spokesperson for the American coffee company said this week that it had “no updates” about plans in Congleton.
Plans for a new Costa store have already been approved on land that was formerly the town’s tip, which is just down the road.

A spokesperson for Aldi said: “As the UK’s leading discount supermarket, Aldi believes it has an essential role to play in providing access to high-quality products at affordable prices. With the current cost-of-living crisis worsening, this is more important than ever before, and Aldi is committed to investing in new stores across the country to help its customers’ money go further and enabling them to purchase better-value products.

“For some time, Aldi has been exploring options to bring a new discount food store to Congleton. Aldi has identified a site off Barn Road and is currently working up proposals for a new store, with the hope of bringing forward a planning application in the coming months.”

* Do you have an opinion on this? Send a letter to the editor chronicleseries@aol.com