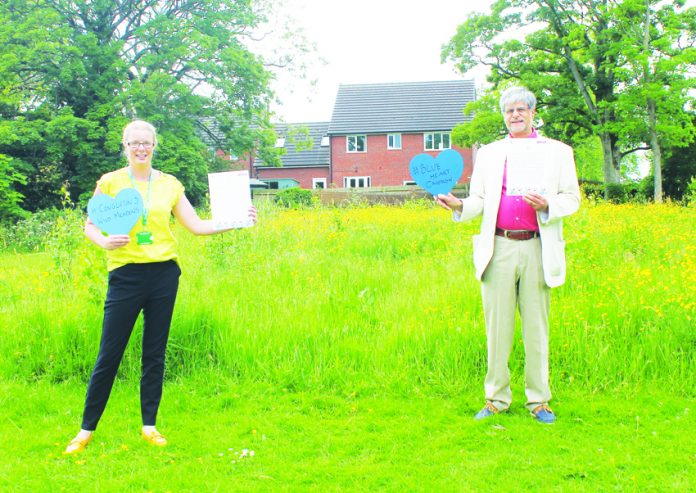 A ban on a controversial chemical has been extended to include more parts of Congleton, after concerned residents asked why it had been sprayed near a school.

The boss of the town’s Streetscape maintenance teams announced this week that glyphosate, a chemical present in certain weedkillers that is thought to be carcinogenic, will no longer be used in grassy “unofficial” play areas, near schools, around trees or around street furniture.

Previously, it had only been banned in children’s play areas.

The new policy follows widespread concern from residents, who noticed dead and yellowing grass outside Mossley Primary School more than a month ago.

They reported what they thought was evidence of the use of glyphosate to both Congleton Town Council, that runs Streetscape, and Cheshire East Council, but neither authority accepted blame.

At the time, resident Vicky Pulman said: “I’m troubled by the confusion and reticence of any parties to accept responsibility for the use of this controversial chemical.”

The town council insisted that it had not carried out any weed spraying in play areas.

This week, the authority said that it had listened to concerns and taken action to “substantially decrease the use of the pesticide”.

Streetscape manager Ruth Burgess said she hoped that this move would provide residents with “trust and reassurance” in the council’s commitment to reducing spraying.

“The council has made a pledge to stop using it in more places to protect wildlife and the local community,” she said.

“I am delighted to confirm that the Streetscape team will not apply glyphosate in extended areas.

“We see the potential for further reduced use of glyphosate in public spaces, footpaths and estates, and we will continue to explore suitable alternative methods of controlling weeds in a planned and effective way.”

Lib Dem Coun Robert Douglas, who has been calling for a reduction in the use of the chemical for several months, welcomed the announcement.

He said: “I wish to thank our officers, in particular, our Streetscape development manager, Ruth Burgess, for so positively responding to the concerns expressed by local residents and making this pledge to stop using glyphosate in more places to protect wildlife and the local community.”

When the dead grass was spotted near Mossley Primary School, Coun Douglas said that it was not the work of Streetscape and that it must have been a Cheshire East Council team. Now he wants the borough to follow suit and reduce its use of weedkiller.

He added: “I have been in discussion with officers of Cheshire East to make them aware of this pledge by the town council. I had hoped that Cheshire East would be able to follow this lead.

“I am pleased that officers at Cheshire East recently advised that they will no longer use glyphosate around street furniture.

“On Thursday, officers at Cheshire East advised that any change to policy on the use of glyphosate would likely need to be a committee decision and suggested that I should progress this in the first instance with Cheshire East councillors. So I will be doing that.”