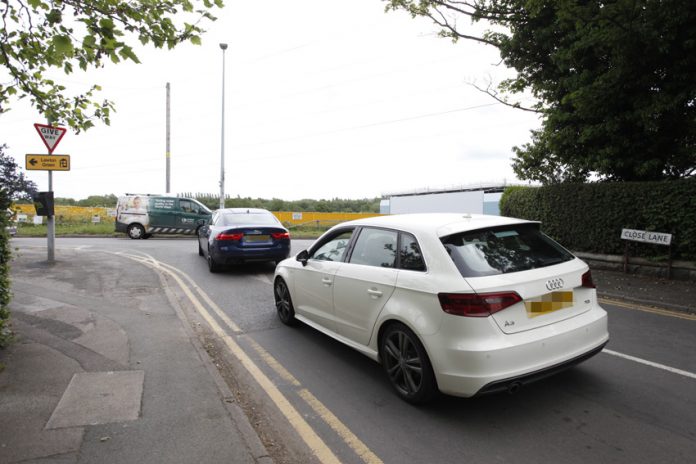 A consultation on plans to introduce a no waiting restriction on Crewe Road in Alsager should be carried out quickly, a councillor has said.

Cheshire East Highways wants to introduce the restriction to coincide with the pending installation of traffic lights at the junction of Crewe Road and Close Lane.

The highways department is seeking permission to authorise a statutory consultation in respect of a traffic regulation order to introduce no waiting at any time along Crewe Road, opposite the junction with Close Lane and for a short section down Crewe Road, on the same side as Close Lane, heading towards Radway Green.

The change to the junction also requires the relocation of a bus stop/clearway and the introduction of new double yellow lines on Crewe Road to prevent vehicles parking within the signalised area of the junction.

Coun Fletcher welcomed plans for the traffic lights, as reported by the Chronicle in June, but this week said: “I would hope this consultation is carried out quickly since to park in the main road where the no waiting is being proposed would be contrary to the Highway Code.”

Coun Fletcher explained that as yellow lines were a traffic order, a consultation had to take place.

The Chronicle asked Cheshire East Council to comment about a consultation but it did not respond before deadline yesterday (Wednesday).

Coun Fletcher had previously described the installation of traffic lights at the junction as “more important now than ever” and said the plans had been welcomed as they would ease the effects of new homes that have been built in Alsager.

He had said: “It is not easy coming out of Close Lane onto Crewe Road, and it is only going to get worse with more and more traffic.”

The Lib Dem councillor added: “The other issue is that when you are trying to turn right onto Crewe Road, which is a busy road, there is a high hedge which makes it difficult to see the oncoming traffic. That is why the traffic lights would be especially welcome.

“It is more important than ever that those traffic lights are installed as soon as possible because of the large warehouses that are being built on the other side of Crewe Road.

“The warehouses are going to attract more traffic, but the lights will also help with the traffic brought by all the new houses that are being built on Dunnocksfold Road and off Close Lane.”

Cheshire East Council said in June that the traffic lights were confirmed for this year, but a timescale had not been set.