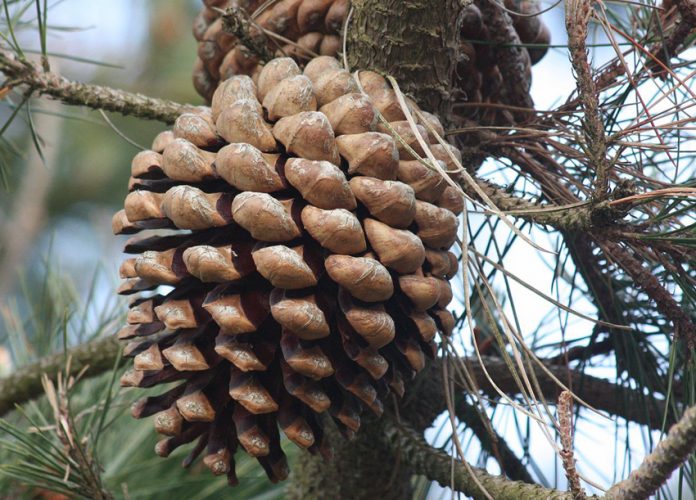 An application to fell a tree in Knypersley has been refused a second time, despite fears that falling branches could cause a “fatal incident”.

The large, mature pine tree on Tunstall Road is in the grounds of a former house that was demolished to make way for six new homes, but the developer was concerned that it could fall.

J Littleton & Co, which is building the properties, has applied once before to fell the tree but was told by the district council last summer that a protection order meant that permission would not be granted.

Soon after the application was rejected, Storm Bella struck and caused several branches to fall from the tree, reigniting worries that a passer-by could be injured.

The developer subsequently reapplied to fell the tree, but permission was refused for a second time during a meeting of Staffordshire Moorlands District Council’s Planning Applications Committee meeting on Thursday.

Tree expert Steve Massey was among those to speak at the meeting. While he conceded that it “could have been nasty” if someone was struck by a falling branch, he explained that the risk of being killed was “statistically extremely small”.

Mr Massey said: “The developer’s health and safety consultant has expressed a view that there could have been a potentially fatal incident if anyone was in the immediate vicinity when the branches fell.

“It must be acknowledged that there are some risks in life and there is, inevitably, some degree of risk attached to the presence of trees. No tree can be guaranteed as safe because any tree could be damaged in strong winds.

“The risk of fatality from falling trees and branches is statistically extremely small, so while it is clearly necessary and appropriate for owners to have regard to safety of trees, this should be within the context and actual condition of the trees and any action taken should be proportionate.

“In the case of this pine tree, it still appears to be in fairly good condition.”

Conservative County Coun Keith Flunder, representing Knypersley, said: “There have been a number of occasions where residents have lobbied me over the maintenance of trees, so that shows that feelings on this subject are quite strong.

“I don’t see that there has been any increase in hazard since the last time we saw this application. Even though some branches have fallen, the tree itself is in no worse condition than it was then.”