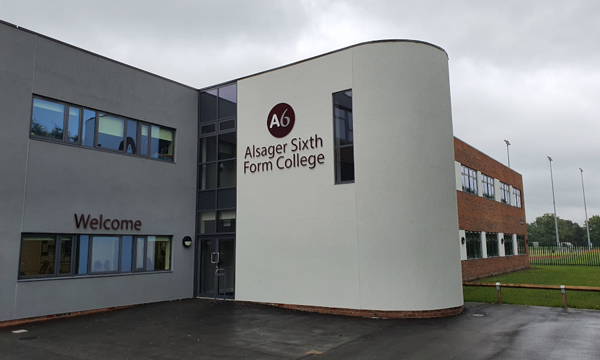 Renewed calls have been made for a crossing near Alsager High School, after a mother said her child was struck by a passing vehicle.

The incident was reported on social media by the woman who posted that her daughter was walking near the school when she struck on the arm by the wing mirror of a passing white van.

Writing last Monday, she said her daughter was left “in shock” and with painful bruises. She appealed to drivers to be considerate when travelling near to the school but did not say on which road the incident occurred.

The mother added: “Let’s try not to have the death of a local child in the Alsager Chronicle.”
There have been growing concerns about road safety near Alsager School, where traffic has increased due to all the housing developments being built.

Alsager Cheshire East Coun Phil Williams said: “Lodge Road is a problem. We have been pushing for there to be a crossing there since before Cheshire East was set up”.

Fellow Alsager Coun Rod Fletcher agreed: “Pupils flood out of the Lodge Road entrance across the road and it’s been an accident waiting to happen for years. We’ve been aware that an accident like this was likely to happen since 2008.”

In relation to Lodge Road’s junction with Sandbach Road North he added: “It was referred to by one teacher as ‘suicide corner'”.

Replying to the mother’s post, other Alsager residents shared their concerns.

One warned: “It’s very dangerous for them to cross the bottom of Lodge Road in the morning. I’m amazed the school does nothing about it! I’ve not got school age children but often have to stop as they have no way of crossing at that point.”

Another member of the group said: “That’s really awful and very scary! I have a daughter in year eight and it’s a scary thought just when they walk to school let alone hearing this!”

Coun Fletcher explained that the former Cheshire County Council investigated and agreed to install a crossing at the junction of Lodge Road and Sandbach Road North in 2008, but plans fell through after the county was replaced by unitary authorities, including Cheshire East.

He explained: “They cancelled the plan due to lack of money and I have asked for them to look again and the answer has come back, ‘no’. They just said there’s no money for the crossing.”

He added: “In view of what happened last week, I hope Cheshire East will review it now and install a crossing, as was originally promised by the county council. I’d also be disappointed if the headteacher didn’t consider closing the school entrance at Lodge Road, I can’t see any reason why they wouldn’t agree to that.”