Dancing On Tables: Colour in the Grey 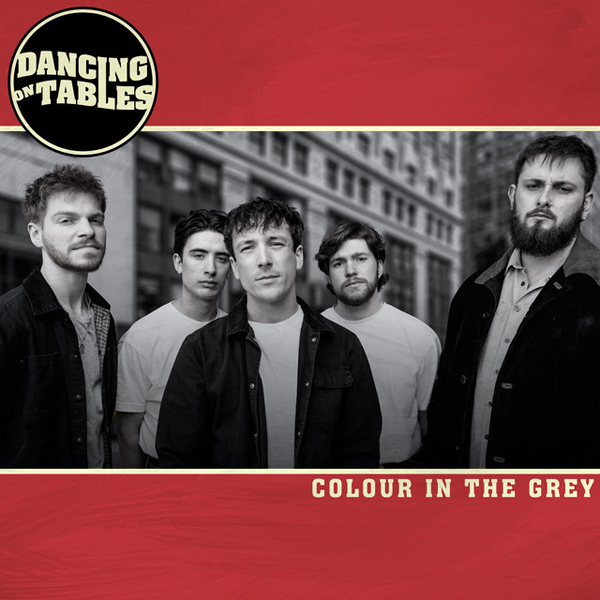 Another three-word name band come to mind while playing this: Scouting For Girls. Dancing On Tables play pure pop, and flaunt a wide gamut of influences from Coldplay all the way to Snow Patrol and Busted, yet sound distinctive thanks to the singer’s clear Scottish accent.

How Do I Get Back To Her opens and it’s a big rush of pop energy, perhaps with some Del Amitri in it (and a lot of a band called Air Traffic from some years ago who had one outstanding track, an ok album, were described by NME as “Supergrass covering Little Richard” and then disappeared).

Breathe was apparently written as a slow song but is now more uptempo and a bit like Snow Patrol soundalikes and under-rated The Boxer Rebellion.

Better Off Friends – two people who are deciding whether or not to stay friends or risk what they have in case they are supposed to be together – changes tack a little with sparse vocals and a poppy feel-good chorus.

Singalong is the Scottish Song, an opening reminiscent of an old folk song and complete with arms-in-the-air chorus, and definitely a mid-set song for when the crowd is warmed up.
Letters shows they can do acoustic and is one of our favourite tracks on the album, the chorus almost commercial RnB. Bubblegum is next and goes the other way, as pop a song as you want. Shock to the System would be classic Busted if it wasn’t Dancing On Tables.

Overall, a strong pop album that has the potential to take off; we remember being far more underwhelmed by Snow Patrol’s Last Straw, and look what happened to that.