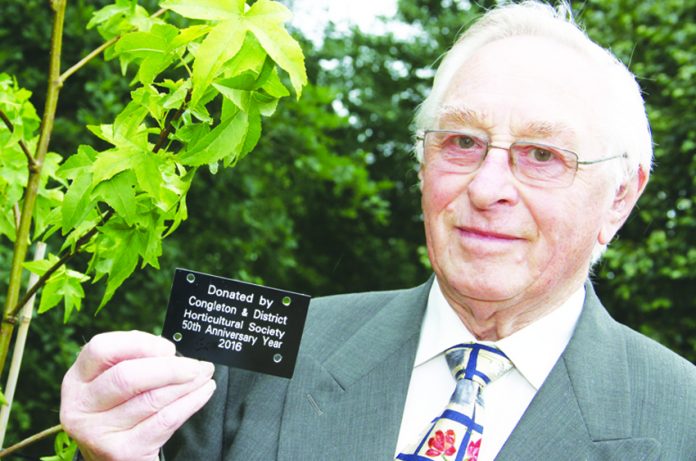 The Chronicle is very sad to report the death of Ray Stacey, a former director of the company and active member in a number of local clubs.

After national service he returned to Reading but in 1957 came back to live in Chinley, Derbyshire, working as a printer in Stockport.

In 1962, he joined the Chronicle as works manager and became a director in 1966. At the time, the Chronicle had an active commercial printing department, printing everything from stationery to books.

The Chronicle at the time was owned by the Head family and run by brothers Lionel (editorial) and Basil (commercial printing) Head. In 1967, Basil Head died and Mr Stacey became production director until 1987 when he and chairman John Condliffe completed a management buy-out and became joint owners.

Mr Stacey stayed with the company until his retirement in 2000.

Outside of work he was heavily involved with Congleton Horticultural Society and held many positions, including president.

He is survived by his wife Margaret, daughter Lisa, son Charles, grandchildren, Rachael, James and William and great-granddaughter Hera, to whom to the Chronicle extends all sympathies.

Chronicle chairman Jeremy Condliffe said: “Ray was a lovely man, and always popular with staff – he’d always stop to chat with everyone.

“My father always valued Ray’s contribution to the company – my dad would spend hours mulling over a problem and come up with a solution and Ray would instantly spot a basic issue he’d missed, because my dad had got so involved in detail, he’d overlook something obvious.”