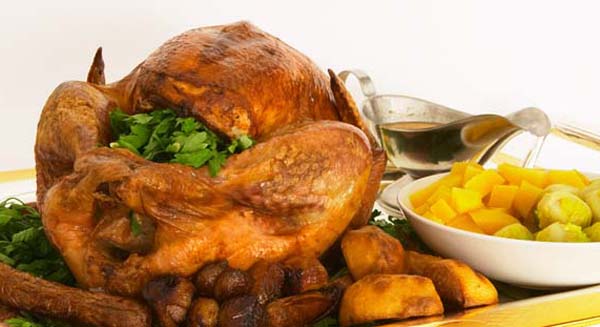 Three friends will sacrifice their Christmas Day at home to put on a festive knees-up for the lonely.

Husband and wife Bev and Ken Newton and their friend Linda Grimshaw, of Church Lawton, have spent the year organising and raising funds for what will be called the Community Christmas Day at Lawton Memorial Hall on Christmas Day, which falls on a Sunday.

The free festive get-together is for families in difficult circumstances, singles, couples or those who feel lonely on a day when so many others get together.

They will be able to tuck into a three-course Christmas dinner, Santa will be giving out presents and entertainment will include dancing and quizzes, and there will be a free raffle.

Mrs Newton, (65), said: “The three of us got together at the beginning of the year and I said that I wanted to do something for the community, but I didn’t know what. So, I thought about organising a Christmas Day event at the community hall, because so many people were in isolation during the pandemic and now there is the cost of living crisis.”

The trio put enough money aside to provide a full Christmas meal starting with soup, a turkey dinner, Christmas pudding or trifle followed by coffee and mince pies. The Christmas Day event will run from 11am to 5pm.

On Monday, Mrs Newton said: “I’m just making cushion covers for one of the raffle prizes – there will be a free raffle. And Santa will be there to give out presents to everybody. It doesn’t matter what age you are, 0-120!”

She has also made beaded lanyards and necklaces, which she sold to raise funds.
Mrs Newton added: “We wanted to organise something on Christmas day for families in difficult circumstances or people who live on their own, people who are lonely or those who don’t know what to do with themselves. It could be couples who are semi-housebound and don’t know what to do for Christmas. It’s completely free, as we’ve done the slog to get the money.

“If it’s a success, we will try and do it again next year and next time apply for funding, not do it the hard way.”

Those who want to join in with the Christmas Day fun must book a place beforehand.

Said Mrs Newton: “The hall can seat 130 but we are leaving room for up to 110 people so that we can give them room to move so that they are not sitting on top of each other. And there will be enough space for children to have a run around.”

Matthew Newton, one of her two sons, is a teacher and will be there to help children learn a Christmas song and perform it if they want to.

“We will all be singing Christmas carols, there will be dancing and a quiz,” she said.

Mr and Mrs Newton have also volunteered at the Heydays club for over-65s in Alsager.