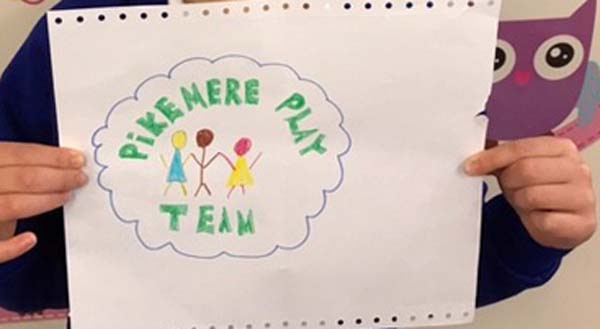 When Ofsted has previously judged a school to be good, it will normally go into the school about once every four years to confirm that the school remains good. If inspectors find evidence that a school would now receive a higher or lower grade, the next inspection would be a graded inspection.

The latest Ofsted report said Pikemere remained good, and was a place where “everyone is valued”. Pupils, including children in the early years, loved attending the primary school each day. Leaders expected pupils to work hard and to achieve well, and pupils rose “eagerly” to teachers’ high expectations of them.

Pupils were confident that should any bullying occur, staff would take it seriously and deal with it effectively. Staff forged strong relationships with pupils. Pupils behave well.

Younger pupils looked forward to the opportunity to take on special responsibilities, such as becoming the treasurer or chair of the school council in year six. Pupils understood the importance of helping others.

They regularly organised events such as coffee mornings and cake sales to raise money for charities that were important to them.

Pupils experienced an “engaging” curriculum, and relished the varied activities that leaders provided beyond the school day. Pupils spoke “animatedly” about representing the school in cross-country competitions and as part of the school choir.

Despite “recent turbulence” in senior leadership, leaders had continued to develop a curriculum at pace, the inspection said.

Leaders and staff had worked together to design a “well thought-out” curriculum that prepared pupils fully for the next stage of their education.

Subject leaders highlighted the important knowledge that pupils will learn from the early years to year six.

Leaders made sure that staff had the necessary knowledge to be able to deliver the curriculum successfully.

Pupils were tolerant and treated each other with respect. Younger pupils learned about festivals and celebrations, such as Chinese new year. Older pupils had a “secure awareness” of religions such as Christianity. Some pupils were not as confident when talking about faiths and cultures that were different to their own.

This was the first ungraded inspection since Ofsted judged the predecessor school, Pikemere School, to be good in June 2015.

Pikemere Primary School converted to become an academy school in April 2018. Since the last inspection, the school has become part of the Chancery Multi-Academy Trust.

Headteacher Anthony Hughes took up his position at the beginning of this school year.