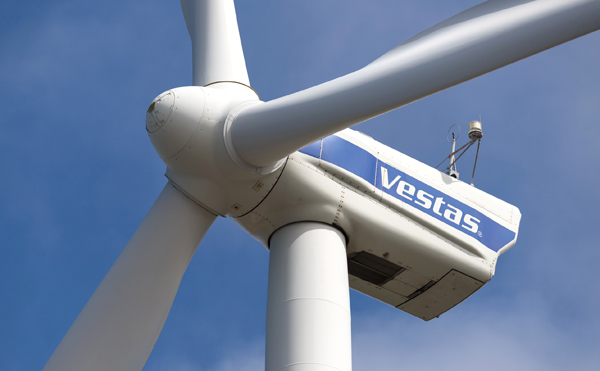 Although doubtless you read it and saved it in your scrapbook, to refresh your memory it was the development of a 5MW compressed air energy storage demonstration facility (trendily named a StrataStore) at Hole House Gas Storage and Processing Site, Warmingham (down the side of the Bear’s Paw).

The gist of it is that it stores energy over long periods of time with minimal loss of efficiency, by pumping fresh air underground when there is surplus electricity and pumping it back out again when demand is high, the decompression generating electricity.

Two things stood out from the report. The first was that despite the price of gas being at record highs, and lack of storage cited as an issue, the cavern where the air is going is not full of gas.

The cavity – 334m down and 40m high, a big hole left by salt extraction – is currently full of brine. This is nominally to test it’s still watertight (and thus gastight) but despite being designed with the express purpose of storing natural gas, it’s out of use.

Noted the planning application: “Despite recent uncertainty regarding the supply of fossil fuels across Europe, over the last 10 years energy prices have been maintained at a relatively consistent level.

“Operators of gas storage facilities rely on market volatility and fluctuation to incentivise trading, and due to general market stability have not seen good returns on high-cost investment in gas storage.”

This is despite us being told we need more gas storage. Indeed, on 31st October, Centrica warned we had nine days of gas storage, compared to France’s 103 and Germany’s 89.
Looking into this, it transpires that big as the Warmingham cavity is if, say, you fell into it head first, it’s tiny when compared to actual demand for gas.

The annoyingly named i newspaper reported last month that even the vast £500m Stublach site, the UK’s biggest and a few miles north of Crewe (run by a French-owned company called Storengy, while Warmingham is owned by French company EDF), whose wells can hold enough natural gas to supply 300,000 homes a year, represented only 1% of the total consumption of the UK.

The big boy pants in the world of gas storage belong to Rough, a depleted gas field in the North Sea, converted in 1985 so it could be pumped full of gas again. Rough can hold more than twice the gas of the rest of the UK storage industry combined, capable of supplying the country for about nine days – but owner Centrica closed it down because of the cost of a safety revamp. The department for business, energy and industrial strategy didn’t do anything because it thought supplies of gas from the North Sea, pipelines to Europe and imports of liquified natural gas would keep us going. That went well.

So, when you hear about “a shortage of storage”, what it means is short-sighted Government, both not helping to keep Rough operational (it’s now coming back into service) and not helping EDF when the lack of price fluctuation meant it was not economic to store gas commercially.

The other interesting element of the planning application is that it will use power generated by renewables, such as wind and solar.

People who for whatever reason object to wind turbines often complain that they’re always turned off, and indeed they can be turned off for a variety of reasons – too much wind (over 25mph or Beaufort wind force six, a strong breeze) or too little, the need for repair and so on, but apparently a lot of the time it’s because of low demand – shutting off wind turbines is easier than shutting down a coal-fired power plant, and even more so than a nuclear power plant. Wind farm operators are normally the first to be asked to shut off as national demand for power decreases.

One solution to this would be large-scale industrial batteries, but these have limited capacity, flexibility, and longevity and aren’t as green as net zero might demand.

So the Warmingham site will take power from the national grid during times of low demand, using renewable energy that is being created but not required, storing it for release when demand is higher. This also gets round the issue of renewables being weather dependent, because energy can be stored for when there’s no wind or sunshine.

If you listened to Radio Four’s Any Answers this week, you will have heard a caller repeat the misleading claim that wind turbines are off half the time, unaware that this was because of lack of demand, not a flaw in the system. He also claimed that turbines killed a lot of birds (and made the bizarre claim that his own wind turbine might have broken because a gull flew into it). Again this is misleading, although it’s a whole other question.

Estimates suggest that between 10,000 and 100,000 birds are killed by turbine blade strikes annually in the UK, but the Mammal Society has estimated that cats in the UK catch up to 100m prey items over spring and summer, of which 27m are birds – wind turbines kill less than 0.5% of that, although the RSPB notes that many birds killed by cats are already weak or sickly. Bird species that have undergone the most serious population declines (skylarks, tree sparrows and corn buntings) rarely encounter cats, and their decline is usually caused by habitat change or loss, particularly on farmland. Whatever, wind turbines are way down the blame league.

In my first job as a reporter, we had an eccentric man who claimed to have invented a tidal barrage for the river Severn (I worked in Malvern), which apparently (today’s figures) would supply 7% of total UK energy needs, without being affected by lack of wind or sun. The RSPB opposes any Severn barrage because of the effect it would have on the feeding grounds upon which 85,000 birds depend. (Again, the Government has concluded a barrage lacks a strategic case, a view it probably firmly held right up until Mr Putin cut off the gas).

All in all, it’s a little more complex than much of the reporting and politicians might suggest.