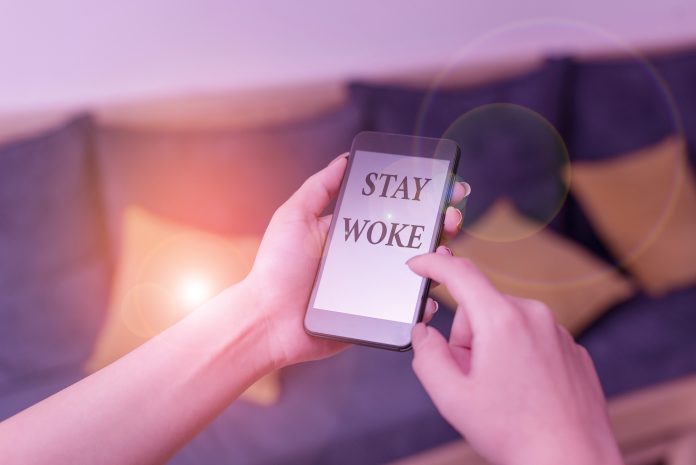 There was a row last week because Lady Susan Hussey, an aide to the late Queen and William’s Godmother, and someone we’ve not heard of before, resigned from her role after she questioned a Black charity head about where she was “really from” at a Buck House reception.

Some may think this is political correctness gone mad or “woke” (never defined, although really it just means being nice to others) but giving Lady S the benefit of stupidity, it’s still very rude.

Before the conversation started, Lady Susan apparently moved aside the hair of Ngozi Fulani (the head of a domestic abuse charity called Sistah Space) so she could read her name badge.

That in itself is very rude, indicative of either someone with no idea of polite behaviour or someone who holds the belief they are better than everyone else. (Or racist, of course).

Coincidentally, the Home Office this week launched a campaign saying: “Touching someone without their consent is abuse” – undoubtedly aimed at worse incidents, but also noting the danger of behaviour becoming normalised.

If a stranger touched any of us, we’d think it was a bit off, if not downright uncomfortable, and it’s the reason everyone stares into deep space when on crowded public transport. Touching others, ugh.

Hair is itself a touchy subject for Black people. Hair was traditionally used to define status and slavers used an alleged lack of “proper hair” to justify slavery. Solange Knowles (sister of Beyoncé) even had a song called Don’t Touch my Hair. Reading about this subject, I came across the proceedings of the New York State Communication Association (November 2021) and a paper entitled: “Don’t touch my hair: an examination of the exercise of privilege and power through interracial hair-centred communication interactions.”

I’m pretty sure Lady Susan has no idea any of this exists, but part of of Ms Fulani’s anger could have been, as the proceedings put it, that: “Black women are confronted daily with unwarranted questions, comments, and touches from white people regarding their hair that evidence the desire to dominate through the non-reciprocal desire for interracial interaction and consumption”.

The proceedings go on, one sentence hitting at the heart of the Hussey row: “What role does white privilege play in the questioning and touching of Black hair? Do these questions signify the innocent quest of information for understanding and coexistence, or are they assertions of power and privilege concealed within seemingly trivial personal communication interactions?”

Some questions are indeed more than they sound. Years ago, in a different life and working in the kitchens of a big city centre hotel, I was told to never trust a Glaswegian who asked another from that fair city what team they supported – the answer is never about Hoops or Gers but religion, and whether there is a need to start a fight. It’s never not a loaded question.

In her account posted on Twitter (and no-one has said it is not accurate), Ms Fulani said that after being asked where “Where are you from?” and replying “Sistah Space” and then “Hackney” she was asked what part of Africa she was from; at the very least rude, and worse in the light of the New York State Communication Association paper.

Some people believed the question was no more than curiosity or banter, probably the same people who then subjected Ms Fulani to vitriolic abuse on social media, which is what happens today when you question anyone’s beliefs (in this instance, the belief that no question, however rude, is acceptable as long as it’s a white person asking it).

Some people took Ms Fulani to task because she changed her name to reflect her ancestry. This is something of a red herring, given that she was offended by a representative of former House of Saxe-Coburg and Gotha; Reg Dwight might write a song about it, and Stephen Yaxley-Lennon or Sue-Ellen Braverman might comment; author Robert Galbraith could post something on Twitter and get abuse – lots of people change their names, for many reasons.

Ever-desperate for the free publicity, Nigel Farage claimed Ms Fulani was “anti-Royal and anti-British” – conveniently ignoring the fact she had both been invited and accepted an invitation to a Royal event. Mr Farage was also horrified that Sistah Space, an organisation that helps support African and Caribbean women affected by domestic and sexual abuse, had received funding from Black Lives Matter – surely like being shocked that the tree planters in Congleton have received funding from a tree charity.

I find that in cases like this it’s better to frame the conversation in a situation you yourself might well encounter, say meeting someone on holiday or conducting job interviews.

At the Chronicle, we have always employed trainee reporters who have been to college and come to us to gain experience. We’ve interviewed people from a variety of backgrounds, races and religions and have never considered questioning a candidate about where they were from – let alone disagreeing with their answer – because the issue never arises.

On holiday you might ask a new friend where they’re from, not because you are particularly interested but because you might know the place and it opens up the conversation a little. You certainly wouldn’t disagree with whatever answer they gave you.

Lady Susan may be a little dim or a little old but demanding someone tells you what country their ancestors came from looks and sounds like racism, akin to “Oo bain’t from round ‘ere are yoo?” – a phase often ascribed to country fellows with certain biases and a tendency for locking strangers in a wicker man and striking a match. It’s not the conversational tack you’d expect from a member of royalty trying to put someone at their ease.

This column started by saying woke had not been defined but since I started writing it, one of the most prominent critics of “woke” culture, Florida governor Ron DeSantis – the man you’d be wise to put a tenner on as the next US president – has been forced to get his lawyers to offer a definition for a court case. It was: “The belief there are systemic injustices in American society and the need to address them.”

Taryn Fenske, Mr DeSantis’ Communications Director, said that “woke” was a “slang term for activism…progressive activism,” and a belief of systemic injustices. So there you go; surely, we’re all woke?

Got an opinion? Do you think the above is all woke hogwash? Send a letter to the editor at chronicleseries@aol.com