Last chance to have a say on Cheshire East active travel 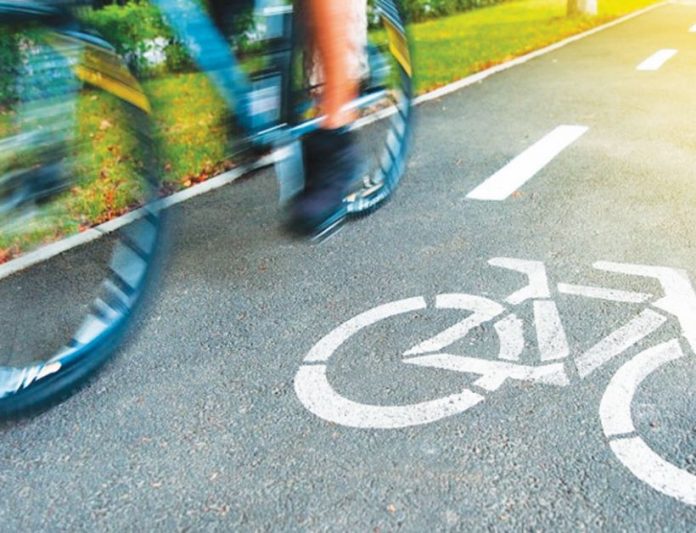 The deadline for comments on plans to make towns in Cheshire East more accessible by improving walking and cycling facilities is next week.

The consultation on the active travel schemes ends on Wednesday; the so-called tranche two proposals include five schemes, ones in Congleton and Crewe and an update to the tranche one scheme proposed in Sandbach, as well as a chance to still comment on plans for Alsager.

The consultation began on 3rd February and ends at 11.59pm on Wednesday.

In Congleton, the proposed tranche two scheme is for Antrobus Street and West Street.

The aim is to form one part of a wider east-west walking and cycling route connecting Congleton.

The council said the scheme complemented Congleton Link Road by reducing traffic levels and speeds through the town centre, “making it a safer and more attractive place”.

West Street closed to cars heading out of town, replaced with a contraflow cycle lane; westbound (going out of town) traffic using Mountbatten Way / Rood Hill / Clayton Bypass, with Congleton Link Road anticipated to remove some of the existing traffic from this route.

On-street parking would be retained with no loss of parking; speed surveys and traffic monitoring would be undertaken on alternative routes to the south of West Street prior to implementation. Streets could include Wagg Street, Lion Street, Crescent Road, Astbury Street, Prospect Street, St James Avenue and West End Cottages, all where required mitigation measures could be implemented

• Option two: this would not contain any dedicated cycling facilities, but if levels of traffic and speeds reduced, there would be benefits for pedestrians and cyclists.

This scheme would see two-way traffic maintained on West Street between the Clayton Bypass roundabout and the current one-way system on Antrobus Street / West Street.

Traffic calming measures would be introduced along West Street including “give and take” features between Banks Close and Dane Street, and Booth Street and the bus lay-by/bus stop (see scheme drawing below).

People can also still give feedback on the tranche one scheme for Congleton town centre, which would see a temporary traffic regulation order put in place to allow cycling on Bridge Street from its junction with High Street through to Mill Street and along Little Street to its junction with Wagg Street.

In Alsager, people can still comment on the Lodge Road scheme, which sees traffic heading south on Lodge Road restricted to cyclists and pedestrians, to provide additional footway space for children accessing Alsager School “and to improve safety where there is currently a narrow footway and poor forward visibility”. The council has currently received 531 comments, none are positive that the Chronicle could see.

In Sandbach, the active consultation is on Old Middlewich Road and the town centre 20mph schemes.

To comment on the proposals, visit cheshireeastactivetravel.commonplace.is
Cheshire East Council won £588,000 of Government funding in the second tranche of the Active Travel grant.

Transport minister Grant Shapps said the Government expected local authorities to make “significant changes” to their road layouts to give more space to cyclists and pedestrians.

He said: “Changes will help embed altered behaviours and demonstrate the positive effects of active travel. I urge you to consider how you can begin to make use of the tools in this guidance, to make sure you do what is necessary to ensure transport networks support recovery from the covid-19 emergency and provide a lasting legacy of greener, safer transport.”

The department for transport released an emergency active travel grant to all local authorities, to boost active travel by improving walking and cycling facilities and making them safer and easier to access.

Councils are expected to be radical to qualify for future grants.

Cheshire East Council applied and received a total of £743,000 towards the implementation of active travel schemes within the borough.

The funding is available in two tranches: last year’s tranche one supported the installation of temporary projects for the covid-19 pandemic, while this summer’s tranche two supports the creation of more permanent active travel projects.