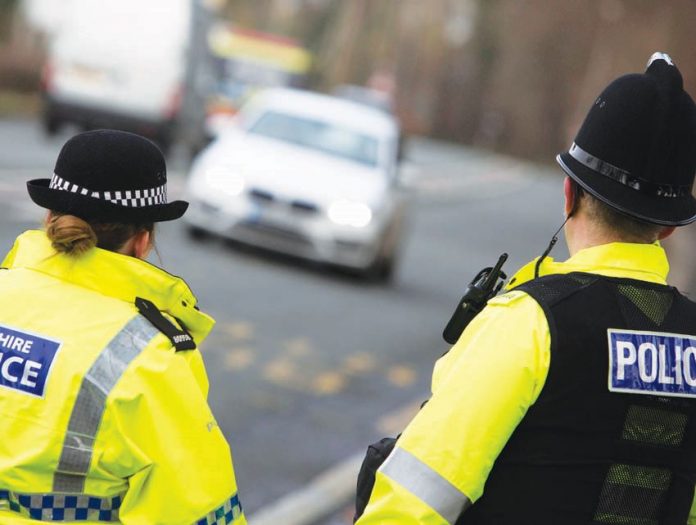 Thieves escaped with a large quantity of money after raiding a cash machine in Congleton.

Three men targeted the atm machine at the Huub building on Manchester Road shortly after 10.30pm on Thursday.

The trio had arrived at the store in a white van, placed a rope around the cash machine, attached it to the van, then wrenched off the front of the machine.

Police said they got away with a large quantity of cash and drove off, leaving the badly damaged atm machine behind.

All three suspects were wearing dark clothing and balaclavas, two of them were also wearing high visibility jackets.

Officers later recovered a vehicle which they believe may have been used during the robbery.

A 31-year-old man from Congleton was arrested on suspicion of theft of a cash machine.

Enquiries in relation to the incident continue and anyone with information is asked to contact police.

Det Sgt George Vlastos said: “The investigation is currently in the early stages and we are following several lines of inquiry. One man has been arrested and he is currently being questioned by officers in custody.

“We continue to appeal for information from the public and I would ask anyone who witnessed the incident, or anyone with any information which may aid our investigation, to get in touch.”

Anyone with information is asked to call Cheshire Police on 101 quoting IML 976301 or report it online at cheshire.police.uk/ro/report/