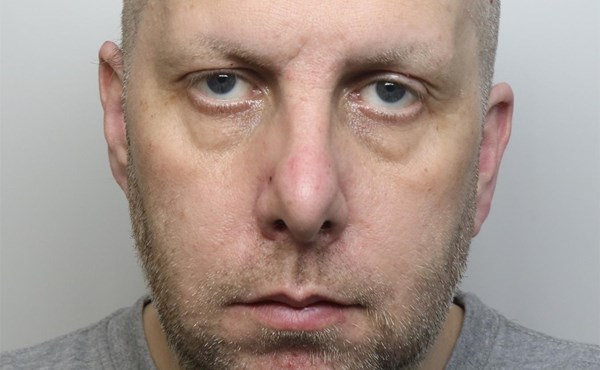 A 47-year-old man has been found guilty of murdering his neighbour at her flat in Congleton.

Mottram, of Nursery Lane, Congleton will be sentenced on Monday.

The court was told that at 10.27pm on Tuesday, 2nd March Mottram called Crisis Line and told them that he had killed his neighbour, 45-year-old Samantha Heap.

Officers attended the supported living complex in Nursery Lane and while in his flat, Mottram admitted that he had killed his neighbour.

He was cautioned and arrested on suspicion of murder.

Mottram later told a psychiatrist that he said to Ms Heap that he had been locked out of his flat and asked to come in while he rang a family member to get a spare key.

He then subjected her to a “sustained and brutal assault”.

A home office postmortem revealed the cause of death as strangulation, with many other serious injuries sustained by the victim.

Detectives searching his flat found a blue holdall with a number of handwritten letters inside stating that he didn’t want to live in the community and wanted to go to prison.

Over the course of two days Mottram was interviewed by detectives but answered with no comment. Due to the “overwhelming” evidence he was charged with murder and remanded into custody.

The jury heard that Mottram had autism spectrum disorder and that as part of reaching their verdict they needed to decide whether his condition affected his rational judgement and provide him a defence of diminished responsibility.

They concluded that it did not, and he was found guilty of murder unanimously.
DI Julien Culham said: “What Mottram did that evening was inconceivable and has left a family absolutely devastated.

“Despite admitting to officers at the time, and on his initial call to the crisis line, he decided to plead not guilty, causing the family further distress of having to go through a trial.

“I hope that following today’s verdict Samantha’s family can now try to move on from this nightmare, knowing that Mottram is now facing a significant prison sentence.” Samantha’s family said in a statement: “Samantha was a warm lovely person who had no bad in her and did not deserve what happened to her. As a family we have suffered a great loss and we are struggling to come to terms with what happened.

“While it won’t bring Samantha back to us, knowing he is in prison for what he did to Samantha and our family will, I hope, help us in some way as we try to come to terms with our devastating and cruel loss.

“We would like to take the opportunity to thank the police and CPS for their advice and support throughout this traumatic time.”