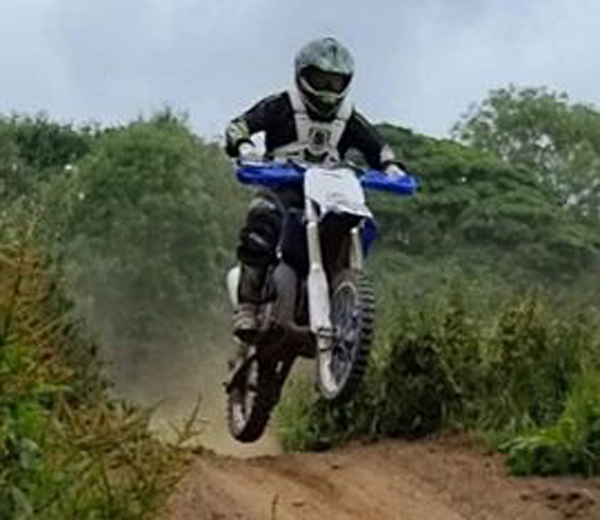 An Alsager man has denied claims that he told riders to “use silencers” for a noise level test at his motocross track.

Allister Boote, who runs Chells Hill Motocross Club, has again applied to Cheshire East Council for permission to use his land as a motocross circuit for 56 days of the year, after a previous application was refused.

Opponents have objected due to concerns about noise, flood risks and environmental damage. One resident’s objection was lodged by a legal firm.

In a letter uploaded to the council’s planning portal, it claimed that Mr Boote, in a social media post, had “instructed track users to use silencers on their bikes when attending the site for the purposes of the acoustic survey”.

Speaking to The Chronicle, Mr Boote said in response: “That’s just a complete and utter fabrication of the truth. I’m willing to pay for another noise test and they can come and witness it.” A screen grab of Mr Boote’s social media post was submitted to Cheshire East’s planning portal by the resident’s lawyer, along with the objection letter.

Others also objected to the plans for the land to the east of Chell’s Hill, near Betchton, including one resident of Shelley Close, who claimed the noise levels affected their child who has severe learning disabilities They said: “Whenever the bikes are out, she cannot use her own garden due to the invasive noise. It is extremely upsetting for her. This has had a serious
impact upon our family life.”

They also raised concerns that the site posed a flood risk: “The soil is not protected, and this has caused waterlogging and on occasion flooding across the road. This did not happen until the land has been so heavily used.”

The Environment Agency had similar concerns and said the plans would only be supported if there were “no changes in ground level across the site and no loss of floodplain, as a consequence of the development. This is to prevent the increased risk of flooding elsewhere by ensuring flood storage is preserved”.

He told the Chronicle: “We don’t want to dig it up. We ride in a certain place. We don’t ride all over it because of nature. We just keep to a certain track, and we don’t touch the riverbanks. The river hasn’t come up that much in the 10 years I’ve been there.”

Another objector was worried that use of the site as a motocross track posed a danger to road users. The Rose Cottage resident said: “As the site entrance is on a blind spot, it’s dangerous when the site users are crossing the road with their motorcycles. I am aware of a couple of near collisions.”

However, the head of strategic transport for Cheshire East Council raised no objections as there were no issues with visibility or the proposed new parking area, which was applied for by Mr Boote as part of the plan.