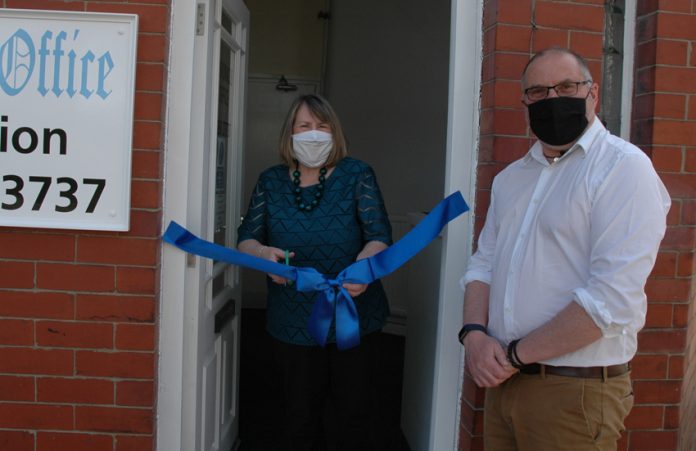 MP Fiona Bruce’s first public appearance since the lockdown has made news – she officially opened the new Chronicle reception.

As we have reported, we have moved our reception to the Market Square side of our building to provide a more covid-secure environment for our staff – and be more secure in general – and have now re-opened during limited hours as the pandemic restrictions ease.

It’s also not the first time we have operated our reception and shop from the rear of the building either, having operated from there in the past while building work was carried out.

Chronicle editor Jeremy Condliffe said: “I’d like to thank Mrs Bruce for opening our new reception, and Berisfords for donating us the ribbon, as well as Tony Boon for the new signs, matching signage we already had.”

• The Chronicle reception on Market Square is currently open Monday to Friday 10am-2pm. For phone numbers, see the panel on page six.