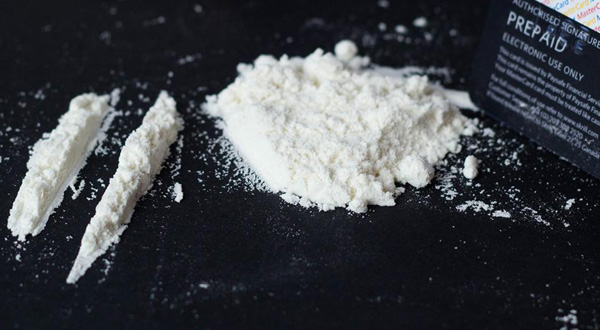 “(My) children’s father turned to this drug when we had split up, my children now have an absent father. He was a man that worked all hours god sent until he had a momentary weakness and accepted this drug”.

That was the comment of a resident who signed Stoke-on-Trent South MP Jack Brereton’s petition to reclassify monkey dust from class B to class A (ITALICS writes local democracy reporter Jonathan Sutton).

He added that another resident said: “My daughter was induced into this horrendous drug, which was instrumental in causing her death.”

Mr Brereton was speaking on 1st November at Westminster Hall about his campaign to reclassify monkey dust.

Up to two thirds of all monkey dust-related incidents in the West Midlands region are reported to have happened in Stoke.

Mr Brereton said: “Tragically, Stoke-on-Trent has been hit with an unenviable reputation as the centre for monkey dust abuse.

“Monkey dust creates anti-social behaviour and misery that does not belong in any decent society.”

He quoted residents who have told him: “I feel unsafe when shopping and it creates a terrible impression for our town.”

Mr Brereton also told the story of Baz Bailey, saying: “Baz tragically took his own life in July 2020, having struggled with his own mental health – he was a great man. He did amazing charitable work in his efforts to rescue his son from monkey dust, which became a campaign to rescue everyone’s son and daughter.

“Baz said ‘I 100% believe the drug should be reclassified because it is something that can take over someone’.

“We (need to) send a message to those dealers that the community won’t just lie down and take what they’re doing.”

The MP complained that the sentences for monkey dust were often lenient, and that people were “aghast” at them.

He said: “These include a 12-month suspended sentence for a user who terrified a pensioner by climbing into her house at 5.30 in the morning – leaving her with flashbacks – before going and undertaking shoplifting.

“Another user stabbed her partner in the hand before going to Tesco. She had previously attacked him with a meat cleaver but got just 12 months.”

It was stressed that reclassification needed to be part of a wider push that included much more attention to preventive work to reduce the root causes of drug abuse and addiction.

Mr Brereton said: “Monkey dust is a scourge similar to heroin and should be treated as such.”
He invited a minister to go to Stoke and see some of the issues first hand.

Fellow Stoke MP Jonathan Gullis said: “In 2018 this was described as an epidemic in Stoke-on-Trent, and we are sadly back there again. It’s a drug that takes advantage of vulnerable people and creates severe mental health issues.

“It’s not just the reclassification but also additional support to Staffordshire Police to catch these criminals who are pushing this filth on our streets.”

Aaron Bell MP commented during the debate that, “it’s a big problem in Newcastle-under-Lyme” and said: “We’ve had a number of deaths associated with monkey dust, but we’ve had intimidating behaviour, people climbing on to buildings, breaking into houses naked at 3am in a zombie-like state.”

Government minister Chris Philp agreed to have Home Office officials advise on whether there should be a submission to the Advisory Council on the Misuse of Drugs over the cathinone family, of which monkey dust is a part.