Oppositions to plans for housing on ‘narrow’ lane 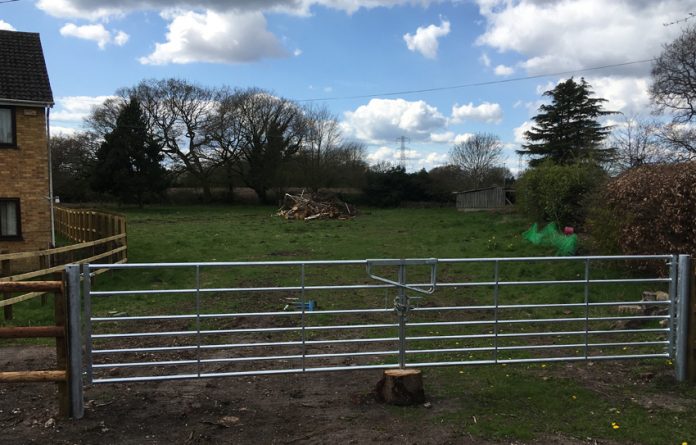 Hedgehog highways and house sparrow nest box bricks are included in the latest application for a housing plan in Alsager, opposed by residents living near the site.

They are worried that it is located on a “narrow lane”, there are concerns about flooding, the loss of trees and impact on birds.

Outline planning permission to build 16 houses on land adjacent to 68, Close Lane, was granted by Cheshire East Council in 2018.

The deadline for comments was 14th April and Cheshire East Council received almost 20 letters of objection.

A resident of 68, Close Lane, objected, saying: “As the adjacent resident I am very concerned about this latest application because the long standing issue of flooding has been ignored.

“The fundamental problem is the high level of groundwater which is flooding my garden in the winter months.

“This will be aggravated by surface run-off from the new estate, especially if the ground levels are raised.

“When the remaining large trees are cut down this will also have an additional effect of raising the groundwater.”

They added: “The application is labelled ‘reserved matters’ but since it does not address any of the major site issues it is effectively a blank piece of paper.”

A resident of 88, Close Lane, said: “I have been a resident of Close Lane for the last 30 years so I have seen it change from a fairly quiet road to an extremely busy one.

With the already existing developments there is a persistently occurring high level of traffic up and down the road at all times. I reside on the bend opposite the proposed development whereby drivers do not abide by the speed limits which creates dangerous conditions in the residential area, as a consequence there have been multiple accidents.

“This would only be enhanced by the introduction of a multitude of new residential properties and the congestion that they bring alongside them particularly when considering that there is only one access point.”

Another resident of Close Lane said: The proposal is to build 16 houses on this site, which will probably mean 32 more cars turning in and out of the site.”

They added: “Close Lane is a narrow lane at this point, goods vehicles going to the Milne site off Close Lane regularly mount the footpath in an effort to pass.

“In an age of global warming where we are being encouraged to plant trees to save the planet why are they planning to remove a great number of mature trees on the site? Buzzards and other hawks us these trees to roost and hunt.”

An ecological enhancement strategy for the applicant compiled by Jeff Clarke Ecology, of Stockport, said the creation of hedgehog “highways” through the site will help to maintain habitat connectivity and allow access through and between new gardens, “which can provide a significant habitat resources for foraging, breeding and hibernation”.

The strategy added: “The provision of artificial nesting features for the little owl breed to be mounted on retained trees, will mitigate for the loss of existing roosting habitat for this species and provide an enhancement in current nesting opportunities.”

Two little owl nest boxes will be mounted on retained mature oak trees along the western boundary of the site.

The report said the provision of artificial bat roosting features in new dwellings will provide “an enhancement on suitable roosting opportunities for bats within the site”.

Four bat roost boxes will be installed on four of the homes. “This box offers suitable roosting conditions for a range of crevice dwelling bat species,” said the strategy.

A report on a woodland management scheme explained that numerous trees within the site were found to be in a poor condition and are considered to have low amenity value.

Existing trees would be thinned and in order of priority thinning should firstly seek to remove “hazardous” trees, followed by “defective” trees and trees with “limited prospects that might also serve to benefit retained trees”.

The application is to be determined under delegated authority at Cheshire East Council with a decision target date of 31st May.