Violin and piano recital at next concert series 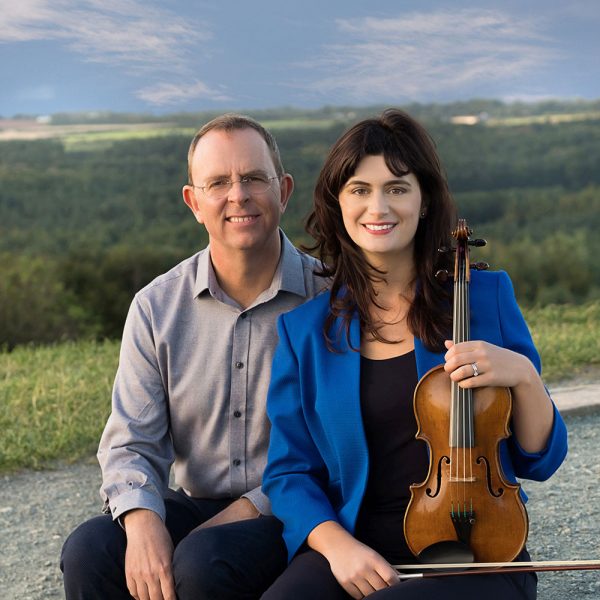 As usual, the main show will be preceded by a spotlight concert with local young musicians.

Rosa enjoys a varied career as a soloist, chamber musician and orchestral leader. She has performed across the UK as a recitalist in venues including the Royal Festival Hall, the Purcell Room, Wigmore Hall, Kings Place and Bridgewater Hall and has appeared as soloist with orchestras including Royal Liverpool Philharmonic Orchestra and Manchester Camerata. Sophie has broadcast for BBC Radio Three and has released CDs on Rubicon Classics, Champs Hill and EM Records labels to critical acclaim.

She is currently leader and artistic director of Sinfonia Viva and has appeared as guest leader with orchestras throughout the UK. As a keen chamber musician, she is a member of Pixels Ensemble and also performs with contemporary music group, Psappha. She is a member of the teaching faculty at the University of Manchester.

She plays on a Joseph Gagliano violin dated 1795 and a Claude Fonclause bow, made available through the generous support of the Stradivari Trust.

Buckle maintains a varied freelance career as soloist, chamber musician, orchestral pianist and teacher. He is the artistic director of Pixels Ensemble, formed in 2016 and enjoys longstanding associations with the Royal Liverpool Philharmonic and the John Wilson Orchestra, appearing as soloist on numerous occasions; and has played concertos with the Royal Philharmonic, Opera North and Sinfonia Viva. He has been the pianist in Ensemble 10/10 since its inception and regularly plays orchestral piano in the BBC Philharmonic.

He frequently collaborates with poets and readers, most recently Andrew Motion, Roger McGough and Deryn Rees-Jones; in recitals of piano music and poetry: Shropshire and Other Lads, a celebration of AE Housman; Anthem for Doomed Youth, a commemoration of World War One; and Philip Larkin’s England.

The concerts are being broadcast live, are not shared on social media and are by invitation only. For information, visit sandbach-concert-series.co.uk The society asks people to consider leaving a donation to the concert series after the concert, as it relies on ticket income to keep going.