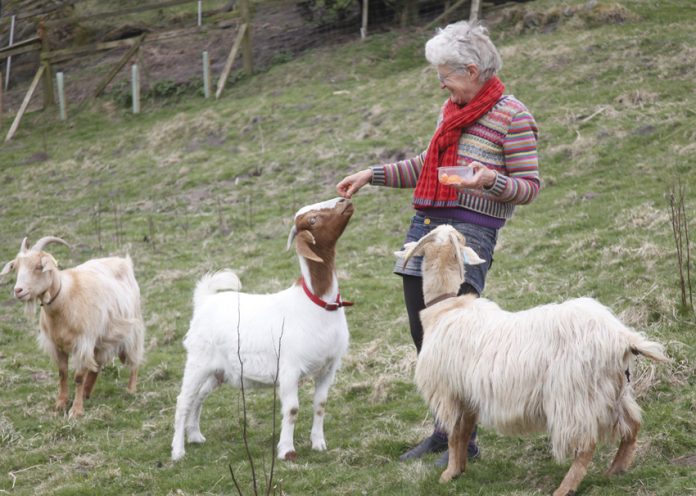 A stable owner, who planted 1,000 trees with the help of volunteers, has been labelled a “hillbilly” in “hate mail” after putting up a poly tunnel without planning permission.

The woman, whose stable is located in Rock End, Biddulph Moor, claimed she did not know permission was required from the district council before following through with her plans.

“Fed up” of life in London, Sarah Hall-Craggs decided to pursue her dream of working on an organic farm and purchased the land in February last year.

The 62-year-old said: “I spent most of my life in London working for the local authority, I got really fed up and decided I didn’t want to live like that anymore, so I spent a year ‘WWOOFing’ (Worldwide Opportunities on Organic Farms), where you volunteer on organic farms. They give you food and water and you work for them.

“I spent six months in England and six months on a ranch in Arkansas in America. I learned as much as I could while I was away and came back and said ‘yes, that’s the lifestyle I want’.”

But her plans have met with some local opposition and Ms Hall-Craggs said she received hate mail on Friday.

“The main thing that this person is addicted to is that I built a poly tunnel, and I was unaware that you needed to get planning permission.”

The Chronicle has seen a copy of the anonymous letter, which read: “Congratulations, you have managed to turn this lovely hillside into a hillbilly settlement.

“It is an absolute disgrace and I hope it gives you satisfaction, you are the talk of Rock End and Biddulph Moor.

“As for that poly tunnel, we’re all hoping for a good strong wind. Complaints concerning various issues have been sent to Staffordshire Moorlands District Council.”

Yet Ms Hall-Craggs says anything done on the farm has been done “by way of the best regenerable agricultural practice” and questioned what exactly the writer meant by “hillbilly settlement”.

“I probably have made too many changes too quickly for this one local person to cope with. I have really been trying to do this to the best regenerable agricultural practice that I can do.

“I was confused at first as it started off with congratulations, so I really thought someone was going to say, you’re doing a good job. But no, they hate what I’m doing and that’s really sad.”

She added: “I’ve been working so hard and really trying to do this to good practice, and everybody that I speak to comes and says how nice it is to see something happening here.

“I’m really trying to make this a community resort as much as I can because why not let other people enjoy it?

“What I’m trying to do is really for the long-term benefit of the area.”

The Midlands Trust provided Ms Hall-Craggs with 1,000 trees, which were planted with help of local volunteers.

She now wants to rent half of the poly tunnel out to local people so they can grow vegetables in it.

Ms Hall-Craggs added: “Families can come and grow vegetables in the poly tunnel and bring their children and grandchildren along and play with the animals, and water their plants – they can use it as a weekend outing.

“I’ve got goats and there are little goat kids, baby chicks and there’s this big rock where kids love to play. It’s private land and I say you can be here as long as you take your rubbish with you. So, I can’t see why my stable would be anything but a good thing for the community.”