Plan to correct the spelling mistakes on war memorial 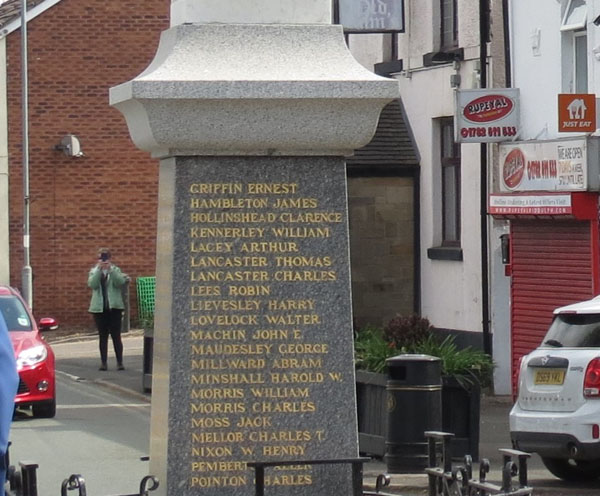 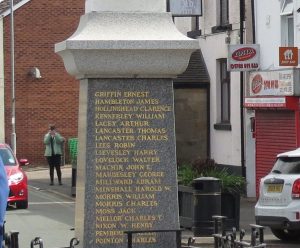 A renovation of the space around Biddulph’s war memorial would be a chance to fix spelling mistakes that appear in the engraved names of soldiers who died for their country.

There are at least three errors on the plinth on which marble soldier “Albert” stands, but it is not yet known how much it will cost to fix them or how long the work will take.

One error involves the misspelling of the name of a Biddulph Moor man who fought in WWI. His name was Albert Goldstraw, but is listed as “Goldshaw”. According to Coun Adrian Lawton, a member of the town’s history society, the soldier’s family were “shocked” to have discovered the mistake.

Another is the omission of an “E” at the end of the name of soldier J Neville. Having lived in Audlem, his sacrifice is also commemorated on the memorial in his hometown and is probably duplicated on Biddulph’s cenotaph because his parents moved to the town shortly after his death.

Dots have also been incorrectly placed in the listing for John Rhodes VC. The town council is seeking quotations for the work at the cenotaph, the 100th anniversary of its commemoration in April.

Discussions took place earlier this year about renovating the space around the memorial with new railings, paving and even the potential for “a street café with outdoor seating”. That, according to town councillors, would present the ideal opportunity to fix the spelling mistakes, as well as add a brand new name to the list – Ellis Brough.

Mr Brough, of Brown Lees, was working at the Rolls Royce Factory in Crewe when, on 29th December 1940, a lone German plane dropped a bomb on the building. He was one of 17 people who died. His name features on a memorial in the main assembly hall at what is now the Bentley Motors Factory, but is not listed on the memorial in Biddulph.

At a meeting of the town council’s Town and Community Committee last Tuesday, Coun Lawton said: “We have not recognised him but, to the best of my knowledge, Ellis Brough may be the only former resident of Biddulph who you could say was a civilian victim. I think that his name should be somewhere on the memorial.”