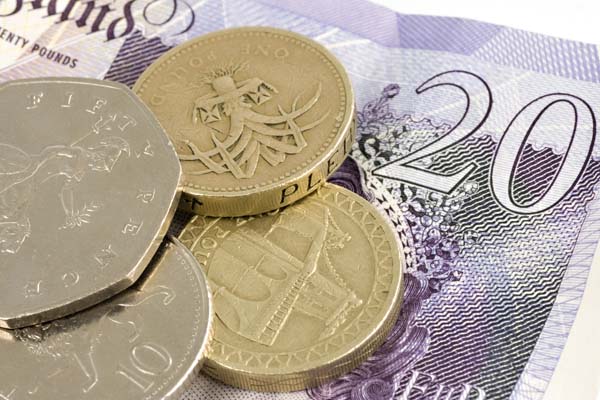 In days of yore, the price of the Chronicle would go up by a penny every other year or so.

Then it rocketed to tuppence and, in the past few years, has gone up by 5p. So this week’s price rise, from 80p to a whole £1, is possibly the steepest rise the Chronicle has ever imposed on readers, although of course, it’s not through choice.

The pound barrier has already been broken by many other papers; it seems quaint that 30 years ago, when I worked at Farmers’ Guardian, sage heads opined that Farmers’ Weekly going up to a quid would be its death knell. Now FW is probably a fiver, Farmers Guardian about £3.50, and you can easily pay seven or eight pounds for a magazine.
The first point to make (well, the first, first point is that no other industry except publishing notes its price rises – you don’t see fishfingers with a big label saying “Up 50p!”) is that the Chronicle has never made huge amounts of money, despite rumours to the contrary.

There was a dark tale some time years that I was the richest man in Congleton (and had booked Girls Aloud in the park!), which was about as close to the truth as saying a Sunday football league defender was the best Premiership centre forward. In the past, the Chronicle might have had directors who were wealthy, but that was more because they had other jobs. The price rise isn’t going to fund anyone’s new Bentley.

So the Chronicle never made a lot of money, and then came the internet. Many independent newspapers such as the Chron have struggled, as people preferred to give their data to Mark Zuckerberg for “free” advertising, as opposed to paying a local paper to advertise their business. On one hand, you can’t blame them, as who’d pay for anything when you can get it free – but at the same time it’s a bitter pill when people post pleas on Facebook to “support local business” when that’s the last thing Facebook does.

We used to go to meetings of the Weekly Independent Newspaper Association (WINA). Many a late-night discussion was held in the bar as to whether it was pronounced Winner or Weaner, but alas it’s no a debate held no more: those meetings have ended, useful as they were for sharing experiences, because most of the newspapers who attended are no longer independent.

The Carlisle News and Star and Kent Messenger, the two biggest members, both sold up, The Isle of Wight paper’s owners sold up when their long-standing chairman retired; the Stratford Herald sold up; the Oldham Evening Chronicle went bust; the Newark Advertiser sold up; North Wales, newspapers – another huge enterprise – ended up being run by people as interested in return on their capital as news, and (possibly wisely) decided they could make a better return outside the newspaper industry; the Newbury Weekly News closed its press and then sold its newspaper.

Oddly the smaller WINA members, such as the Chronicle, Cheadle and Tean Times and the Methodist Recorder are still going, and some new papers have appeared, often set up by staff who have been made redundant and started super-local titles.

Even with the price increase, we are still a lot cheaper than most weekly newspapers – in fact, I’d go so far as to say that at 80p, we have been the cheapest local paper in the country.

Hopefully, you will continue to buy the Chronicle. Despite what you read on social media, you do not get news for free from Facebook; mostly you get gossip, and the news that you do read has been produced by someone who’s paid a journalist to write it. If local newspapers disappeared, there would literally be no local news, apart from what a few dedicated people running websites could produce.

In these days of clickbait and dumbed down news, the Chronicle tries to print proper news stories you couldn’t get anywhere else, like court cases, news of local companies, human interest stories; we try and be as positive as we can, because everyone likes to feel positive about where they live.

Of course you may be thinking, “I don’t need a local newspaper, I get all my news off Facebook, social media, podcasts, the internet”, and I sometimes think that producing a newspaper resembles the proverbial headless chicken running round the farmyard, not yet knowing it’s dead.

But then what nobody tells you is it that the internet is useless at making money for local news, and even the big companies such as Reach (Sentinel, Crewe Chron, Macc Express) still make around 75% of their revenue from print. There’s no other industry that would see 75% of its revenue coming from one source but devote 100% of its effort into an endeavour that so far has been unable to generate enough profit to fund its operations.

Worse than that, the development of “clickbait” – any old rubbish that attracts clicks – means newspapers are now devaluing the value of their own product (news), so people think all news as trivial, possibly made-up, crap.

Someone spotted a court case from the Chronicle posted on social media this week, and a viewer commented: “It’s in the Chronicle, is it true?” as if we can print libellous accusations about somebody committing crimes whenever it takes our fancy. Whoever said that is presumably used to reading nonsense on the internet purporting to be news, and now thinks newspapers operate to the same woeful standards.

Anyway, this is a very long winded way of saying we’ve had to put a price up and we hope you carry on reading because we work very hard to bring you proper news. Tell your friends to buy it, too. Thanks!