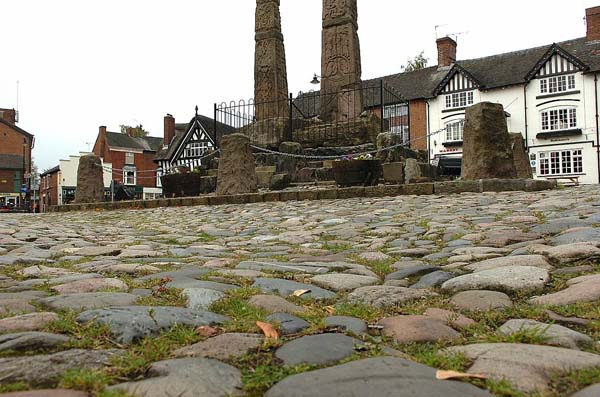 The disarray in local politics in Sandbach took another turn this week, with the voluntary chair of a community group being sucked into the much-publicised issues in the town.

After 19 years as chair, Dot Flint stepped down from Sandbach Partnership last month and has been replaced by Keeley Todd, who has taken on the voluntary role for an interim 12-month period.

Now an organisation that “builds on the strength of diversity by empowering individuals” has questioned the constitution of Sandbach Partnership amid concerns about how public money was spent and whether it was inclusive.

This follows a claim that the previous candidate for the role of partnership chair pulled out after he was “intimidated” by Coun David Jack, who sits on the partnership’s management team.

The other candidate, disability campaigner Robert Walker, withdrew his application in January because he said had received one of Sandbach Town Coun David Jack’s “odd emails” referring to him in a “derogatory manner”.

Coun Jack was the town council’s choice as one of its representatives that sits on the management team and Mr Walker said that “in view of my protected characteristics and vulnerability, there is no way that I would want to work with him”.

Coun Jack responded that Mr Walker’s claim was “nonsense” and that he has since been “bombarded” with emails and phone calls from Mr Walker to such an extent that he has reported him to the police.

The issues at the partnership have now been raised by Sandbach resident Hannah Cotton, a founding director of an organisation called equAllies, whose mission is to “build on the strength of diversity by empowering individuals to lead self and others, creating happier people, inclusive organisations and communities.”

She has asked questions of the partnership’s constitution, its transparency and whether it “really is a community led, inclusive organisation suitably governed and held accountable for spending tens of thousands of pounds of public money.”

After failing to get the answers she wanted, she has “escalated” the issue to Cheshire East and Sandbach Town councils. The Chronicle has seen email exchanges between Ms Cotton and Mrs Todd in relation to the recruitment process for a new chair and the partnership’s constitution.

Referring to minutes of a partnership management team meeting, Ms Cotton said: “I note (from the minutes) there was another applicant. (The minutes) omit that this applicant removed their application following intimidation from a Sandbach town councillor. I’m aware of this because of my work in addressing inequalities and the person in question advocates for disability, as do I.”

She told Mrs Todd: “I fully understand that you may feel happy taking the position of chair knowing that it may only have been on the grounds that another applicant removed their application following intimidation. After all, you cannot be held responsible for the actions of those who preceded your involvement, and you may be the strongest candidate.”

Mrs Todd replied that the management team at the partnership was “a little surprised” as to why it was of interest to Ms Cotton.

“In the same transparent manner you have requested of us, would you be so kind as to expand on your reasons for asking the questions you have?”

Ms Cotton replied that she thought her interest was “obvious” but explained: “As a resident and business owner who has used the services of the partnership, I would like to know how the people deciding how my taxes – the grant awarded by Sandbach Town Council to the partnership – are being spent are appointed.”

Mrs Todd replied that any expenditure, other than already contracted overheads, would be approved by the management team before any financial commitment was made.

Mrs Todd added: “We also have a representative of Dementia Friendly Sandbach on the management team. May I also suggest you look into what they are doing to support residents with dementia and their families. I found it truly humbling and am so proud to have this opportunity to support them through the partnership.”

However, Ms Cotton was still not satisfied, and said that “given ongoing focus and concerns over how public money is spent and apportioned, ongoing questions regarding whether the partnership is ‘inclusive’ or not, and the subsequent need for transparency”, she was escalating the issues to Sandbach town and Cheshire East councils, “as we seem to be going round in circles”.

She will be asking Sandbach town councillor Sam Corcoran, also leader of Cheshire East Council, and Coun Geraint Price-Jones, mayor of Sandbach, a range of questions about the partnership’s constitution, its receipt of public funds and which departments at either authority are responsible for the management and conduct of the Sandbach Partnership.

Mrs Flint said: “Robert Walker first put his application in when the management team was due to vote on a new chair in November. He was the only applicant and withdrew it.”

At the time, Mrs Flint said she would carry on as chair for a few more months, into 2021, when the closing date for applications was in January but she said that again Mr Walker withdrew his application.

She said: “He made accusations that Coun David Jack had made ‘derogatory remarks’ about him and that he should not be on the management team as he was not a fit person for that role. I said it was not the partnership’s choice but that of the town council.”

Mrs Flint would not reveal the exact words but said that what Coun Jack said to Mr Walker “was not very nice”.

She added that Mr Walker had already withdrawn his application for the role of chair before Coun Jack made the remarks.

Mrs Flint explained that as Mrs Todd was then the sole candidate, she was offered the position for an interim period of 12 months.