Reassurance after ‘rare’ strep A death 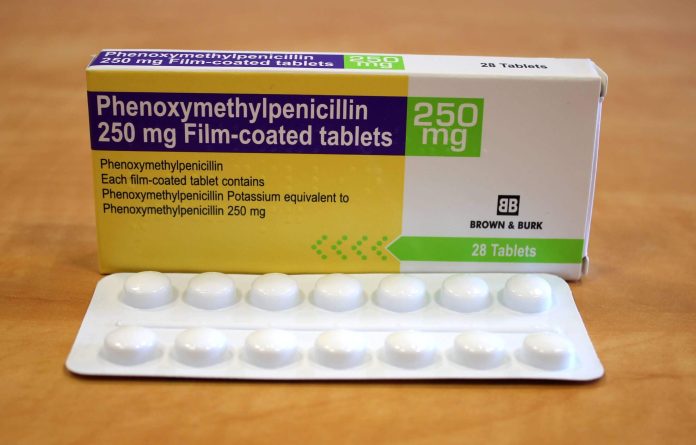 A child in Staffordshire has died after contracting strep A, the UK Health Security Agency has confirmed.

It came as the agency’s latest data continued to show an out of season increase in Group A Streptococcus – strep A – and scarlet fever infections, and a higher number of cases than were seen in a typical year.

A statement issued to the Chronicle said: “The UK Health Security Agency in the West Midlands has contacted the local authority to confirm the very sad news that a child of school age in Staffordshire has died of invasive Group A streptococcal infection (iGAS) after contracting Strep A.

“Public health partners pass on our heartfelt condolences to the family and friends of the child at this difficult time.”

Dr Richard Harling, director for health and care at Staffordshire County Council, said: “This is a very sad case, and our thoughts go out to the child’s family.”

He added that Strep A cases were “quite rare”, but there had “obviously” been an increase this year.

“It’s important that everyone, especially parents, knows what to look out for — they will know their child the best, and will know better than anyone about their child’s health,” Dr Harling said.

“There is guidance available on the website ukhsa.gov.uk but ultimately, if you are worried about your child or your own health, speak to your local GP or NHS 111.”

Strep A is a common bacterium found in the throat and on skin and it does not always result in illness. However, it does cause a number of infections, some mild and some more serious, including scarlet fever.

Most commonly, it usually causes a sore throat or skin rash. On very rare occasions, the bacteria can get into the bloodstream and cause an illness called invasive group A strep, which can be very serious. The more serious infections are caused by the bacteria getting into parts of the body where it is not normally found, such as the lungs or bloodstream.

‘Very unlikely’
The agency said that it was “very unlikely” that people would develop this after a strep A infection.

It said: “However, if someone who has been in contact with an individual with strep A develops any of the following symptoms – high fever, severe muscle aches and pain in one area of the body, redness at the site of a wound, vomiting or diarrhoea, a sore throat or a skin infection such as impetigo or a rash, they should contact their GP or contact NHS 111 immediately.”

The agency said that so far this season (from 12th September to 18th December) there had been 27,486 notifications of scarlet fever.

This compared to a total of 3,287 at the same point in the year during the last comparably high season in 2017 to 2018 – although cases in that season started to rise at a different point.

In 2017 to 2018, there were 30,768 scarlet fever notifications overall across the year.
Invasive group A streptococcus infections remain rare. So far this season, there have been 126 cases in children aged one to four compared to 194 cases in that age group across the whole year of the last comparably high season in 2017 to 2018.

There have been 88 cases in children aged five to nine compared to 117 across the whole year of the last comparably high season, again in 2017 to 2018. The majority of cases continue to be in those aged over 45.

Sadly, so far this season there have been 94 deaths across all age groups in England. This figure included 21 children aged under 18 in England. In the 2017 to 2018 season, there were 355 deaths in total, including 27 deaths in children under 18.

For more information about strep A and invasive group A strep, the agency’s blog, What you need to know – UK Health Security Agency (blog.gov.uk), has more details.

Shortage
Parents whose children fall ill may also find a shortage of antibiotics.

Last month the Government admitted there was a “serious shortage” of antibiotics to treat bacterial infections in children, after a week of denials. “Serious shortage protocols” were issued for three types of phenoxymethylpenicillin oral solutions used in paediatrics. This followed the death of children from severe cases of strep A infection, and shortages of other types of antibiotics in Europe and North America. Phenoxymethylpenicillin is also known as penicillin V penicillin VK and is on the World Health Organization’s list of essential medicines.
There were reports of pharmacies being charged up to £19 for a box, when the price is normally just a few pounds. The UK competition regulator has announced a probe into drug companies for putting up prices as demand soars. Pharmacists receive supplies from wholesalers and drug manufacturers.

Health minister Will Quince acknowledged that increased demand had left some pharmacists unable to meet prescriptions.

“These serious shortage protocols will allow pharmacists to supply an alternative form of penicillin, which will make things easier for them, patients, and GPs,” he said.
He said the situation was “temporary” and “localized” because of the high numbers of strep A and scarlet fever cases.

Prime minister Rishi Sunak had earlier dismissed fears of a national shortage of antibiotics, telling Parliament: “There are no current shortages of drugs available to treat this and there are well-established procedures in place to ensure that that remains the case.”

The Government said there was no evidence to suggest it was a new strain of strep A and it was “likely being caused by high amounts of circulating bacteria and increased social mixing”.