‘School dinner menu should include a plant-based option’ 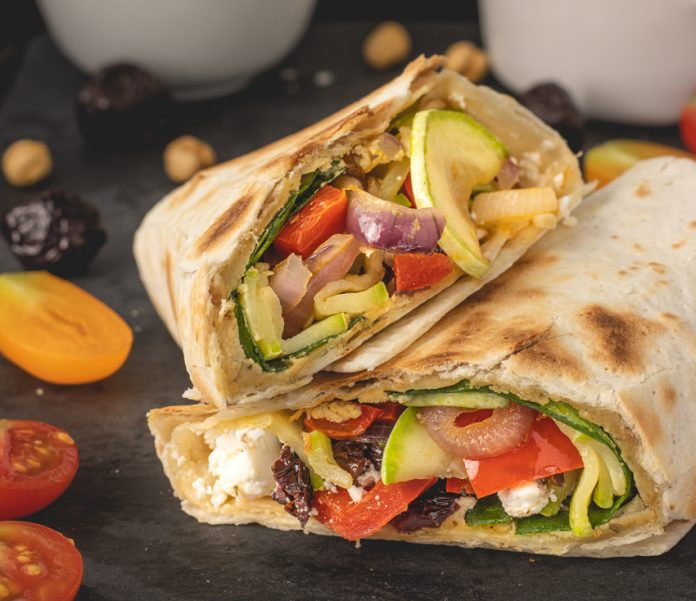 A vegan option should always be included on the menu for school children in Cheshire East, an animal rights campaigner has insisted.

Jane Smith, the borough’s only elected Animal Welfare Party councillor, who sits on Alsager Town Council, renewed calls this week for the inclusion of a mandatory plant-based option – that does not include dairy, meat or fish – on all school menus.

Currently, schools are required to provide a daily vegetarian option and the council has instructed kitchen staff to make that dish vegan “wherever possible”.

But that does not go far enough according to Coun Smith, who said that the onus should not be on parents having to request a plant-based option for their children in advance.

In 2018, she asked the council whether it would provide a vegan dish at mealtimes and work towards providing a wholly plant-based menu one day a week.

The portfolio holder for children and families at the time, Coun Jos Saunders, said that 75% of dishes provided were freshly prepared from unprocessed ingredients and that a vegetarian option was provided daily, but that a vegan dish would be provided if requested by parents.

Since then, not much seems to have changed despite the declaration of a climate emergency in 2019 – which Coun Smith has said was at odds with animal agriculture.

Her renewed calls for a permanent vegan option on menus coincided with a demonstration outside the department for education by the animal activist group Animal Rebellion. At the beginning of the month, they urged the Government to make a vegan diet the mainstay of school menus across the country.

Speaking to the Chronicle this week, Coun Smith said: “At the Cabinet meeting four years ago, I asked whether the council would be providing more plant-based school meals. In a nutshell, they said no, because vegan meals are available on request and the portfolio holder believed school dinners were healthy enough.

“That means that if children want a school meal that doesn’t contain meat, fish or dairy, their parents have to ask for it specifically, so the onus is on the family.

“Because the council has declared a climate emergency, we need to take a big step away from animal agriculture. School meals could be an area where the council takes the lead. It shouldn’t be saying that it has to wait for consumer demand.”

Coun Smith, who has been a vegan for more than a decade, added: “Plant-based meals can be very delicious and attractive; they don’t have to be a salad. You could have an entirely plant-based school dinner which is delicious and which children would love at an inexpensive price and locally sourced.

“A baked potato with baked beans, for example, is a plant-based school dinner.

“I shouldn’t single Cheshire East Council out because it is not alone in this same-old attitude, but why declare a climate emergency and then carry on feeding meat products in school dinners and putting the onus on children’s families to have to request anything that is more environmentally friendly?

“We are getting more requests for vegan or plant-based diets and have instructed all our kitchen staff to wherever possible make the vegetarian choice a vegan dish.

“Our aim is that children and young people are healthy and make positive choices.

We work in partnership with schools and parents promoting the value of nutrition and encouraging take up of our school meal offer.

“Our team of around 300 catering staff prepare over 13,500 meals per day in 65% of schools across Cheshire East. We recognise that we play a vital role in educating children’s palates, encouraging them to try new things and do their bit to tackle climate change.”

The Chronicle asked six local schools if they always provided a plant-based choice on menus or whether parents would have to request this for their child in advance.

Alsager School was the only one to respond. A spokesperson said: “Alsager School’s caterers, Aramark, always ensure that we have a vegetarian option on the menu each day.

“Other dietary requirements are also catered for and we encourage parents to contact us should any particular choice be needed.”