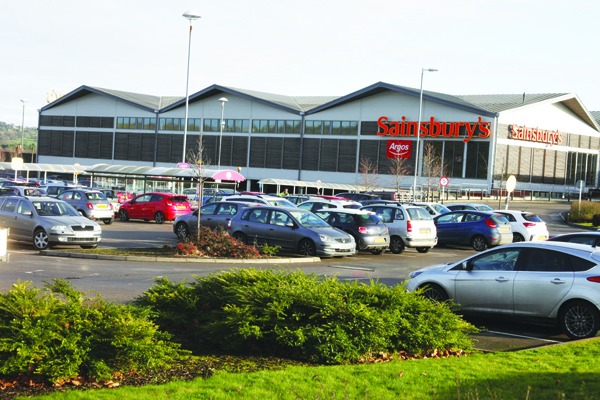 A question mark hangs over the future of the café at the Sainsbury’s store in Biddulph after the supermarket giant announced plans to close 200 this spring.

Around 2,000 workers would be affected overall in a move by the retail company to overhaul its eat-in, takeaway and home delivery services.

Sainsbury’s said that café workers affected will be prioritised for vacant roles in stores, and will be encouraged to explore alternative roles within the wider business.

Although the company would not confirm that the café at the Biddulph store is to close, it did not appear in the list of 67 cafes that will remain open while Sainsbury’s reviews its rollout plans.

Cafes at the Macclesfield and Leek stores are staying open although the Newcastle-under-Lyme store was not on the “cafes to remain open” list.

The planned overhaul follows the launch of a partnership between Sainsbury’s and the Boparan Restaurant Group, which wants to open 30 restaurant hubs in the next year.

Sainsbury’s will also open a further 30 Starbucks coffee shops in its supermarkets in the next 12 months.

Simon Roberts, chief executive officer, said: “As we go through this period of transition, we have taken the difficult decision to close 200 of our cafes next month.

“We have spoken to all colleagues affected by these changes and are absolutely committed to supporting them in any way we can during this uncertain time.

“Of course, we understand this is very unsettling for our colleagues, but we must keep adapting our business to make sure we are offering customers the best possible food and drink at affordable prices.”

Although the company would not talk specifically about the future of the café at the Biddulph store a spokesperson said: “Colleagues affected will be prioritised for vacant roles in Sainsbury’s stores and will be encouraged to explore alternative roles within the wider business.

“For stores will open a Starbucks or Restaurant Hub within the next six months. Colleagues will transfer to Starbucks/Boparan Restaurant Group so they can continue to work at their store and on their current contractual terms and rate of pay in line with TUPE (transfer of undertakings protection of employment) regulations. We estimate around 250 colleagues will transfer as part of this process.”