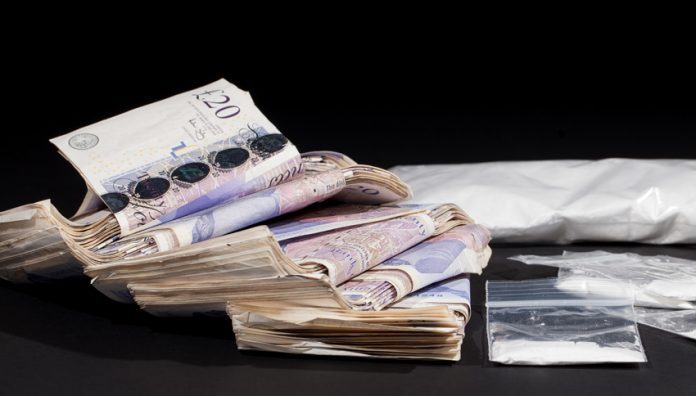 Police in Biddulph have been urged to take action on a street that was nicknamed “drug city” for its reputation as a hotspot for dealing and anti-social behaviour.

Kingsfield Road, to the east of the town centre, has become so problematic for drug use, according to one councillor living nearby, that it has been said a person could “get high” walking from one end to the other.

Biddulph’s deputy mayor, Labour Coun Sylvia Rushton, called on police to address the situation at a meeting of the town council last Tuesday.

PCSO Clare Sartin, who was at the meeting, was asked by Coun Rushton: “What are we going to do about Kingsfield Road and all the men that come in the middle of the night to pick up drugs? They are still doing it now.

“You can walk in front of the shops and smell cannabis – you can get high if you walk from one end to the other because there is that much of it going on again. It knocks you sick.”

She later told the Chronicle that the problem had been going on for several years and was associated with flats owned by the housing association, Your Housing Group.

The association said in response that it was working with the police to develop “an action plan and a series of interventions”, and that a number of joint visits have already been carried out on the street as well as tenancy warnings issued.

In one incident reported to Coun Rushton, she said that a man was woken in the middle of the night by strangers ringing his doorbell to ask for “crack”.

“At 1am he had his bell ringing by people saying, ‘can I have some crack’. He says he just keeps his door shut and doesn’t want anything to do with the other people living there,” she said.

“It is just unbelievable, really, at times. I live just round the corner, but I lived in one of those flats many years ago and it was lovely – but now it is known as ‘drug city’. It really is awful.

“The people from the housing association are trying to deal with it. I think the police are trying their best, too, but these people are clever. I have known the police to have raids down here, but by the time they get here, they find nothing.”

The Chronicle asked Your Housing Group what was being done on Kingsfield Road to prevent the reported drug use and the anti-social behaviour associated with it.

A spokesperson said: “Your Housing Group was not invited to the recent town council meeting, unfortunately, as we would have welcomed the opportunity to go along and talk about the actions we are taking.

“Over recent months we have been working collaboratively with the police and other partners to develop an action plan and a series of interventions. Joint visits have been carried out with the police, and some tenancy warnings have been issued.

“We have also improved lighting outside the commercial premises to improve visibility. We are maintaining regular contact with the local community to keep them updated on the actions underway, while continuing to work with police to monitor the situation closely and taking the appropriate tenancy enforcement actions.”

In response to the incidents described at the town council meeting, Staffordshire Police said that it was working with housing associations to improve the situation for people living in the region and encouraged those concerned about drug use to report the behaviour.

A police spokesperson said: “Officers are well-sighted on local issues in areas of Biddulph and are actively targeting those who may be involved in drug supply in order to bring offenders to justice.

“Drug supply is a blight on any community, causing community unrest and associated anti-social behaviour.

“Throughout the pandemic, officers have worked tirelessly to assist and, in some cases, evict problematic tenants from areas where issues have arisen, while also doing their utmost to ensure all residents are kept as safe as possible from covid-19.

“In this way, we continue to work with housing agencies to help improve the quality of life of Moorlands residents.

“If we can evidence drug use and supply by tenants, then we consider house closure orders and work with housing agencies, to evict such tenants whose actions impact negatively on others.”

The spokesperson added: “Those caught in the cycle of drug use often see not only their lives, but their families’ lives, ruined as a result.

“We therefore work with local organisations and probation services to signpost and support drug users to further help in order to improve their lives.