Decision due to be made on location of Elizabeth statue 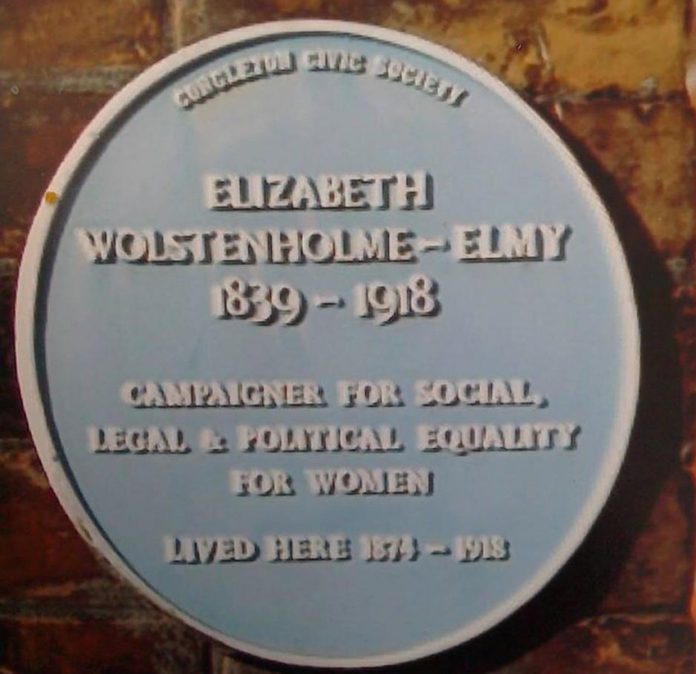 A decision is expected to be made on the best place for a statue of a trailblazing suffragist who made Congleton her home.

Members of Elizabeth’s Group, who have been raising funds for a statue of the pioneering women’s rights campaigner Elizabeth Wolstenholme Elmy, will present a report tonight (Thursday) to Congleton Town Council citing their favoured locations for the bronze statue.

Among those presenting will be the group’s chair, Susan Munro and Hazel Reeves, a renowned artist who has been selected to sculpt the figure. The group is just £20,000 short of the £64,000 the statue will cost to make and install, all of which has been raised through public donations.

At tonight’s meeting, the campaigners will argue for a prominent town centre spot for the statue and will highlight three possible locations believed to be most suitable.

• In place of one of the large planters on Bridge Street opposite Crema; • outside B&M on High Street near to one of the bollards; or
• At the centre of Bridge Street at the junction with Victoria Street, which is the group’s preferred option.

A report drawn up ahead of the meeting explained why the statue must be in the town centre, saying: “Elizabeth will be a piece of art in bronze that people can interact with and will be designed to be among the people. It will not be on a plinth.

“We anticipate school parties wanting to gather around and discuss the statue, so there needs to be a safe, pedestrianised space around it.

“The statue will bring both users of the Elizabeth Elmy heritage trail and general visitors right to the centre of town so that they see the shops and cafes and are tempted to spend more time and money here.”

Anticipating arguments that the sculpture could be damaged if placed in the town centre, the group has said: “When consulting the police, the first question they raised was around cctv to avoid theft or criminal damage.

“Our local police sergeant has said from his experience of statues in other town and city centre locations that the centre of the pedestrianised area is a ‘great spot’ for our statue.”

According to the group, areas away from the main thoroughfare such as Congleton Park and Moody Street garden were “not favoured” due to a number of reasons, including there already being “too much street clutter” or not being “a good place for groups to gather”.

Although the group would like the town council’s support in selecting a suitable location for the statue, any vote that takes place tonight is just an indication of the council’s position and will not bind it to a specific location.

Kay Wesley, a trustee of the group and a Women’s Equality Party councillor, explained: “The highway is owned by Cheshire East Council, not the town council, and planning permission would have to go in for a statue there.

“If the town council does not like any of the preferred locations, Elizabeth’s Group is a private group and can still put in planning permission if that is what the group wants to do.

“Ultimately it is Cheshire East’s decision, but obviously Elizabeth’s Group would like the town council to support the group’s favoured position – that will come down to a vote within the town council and councillors’ opinions as to where they think is best.”

Installing a statue in the town centre is the next big step on the road to getting the suffragist’s name more widely known. The first big step happened on Monday, when Congleton’s new £90m link road was named Wolstenholme Elmy Way in honour of her contribution to women’s suffrage.

The statue is expected to be unveiled on International Women’s Day in May next year.