Tenants being urged to report mould in homes 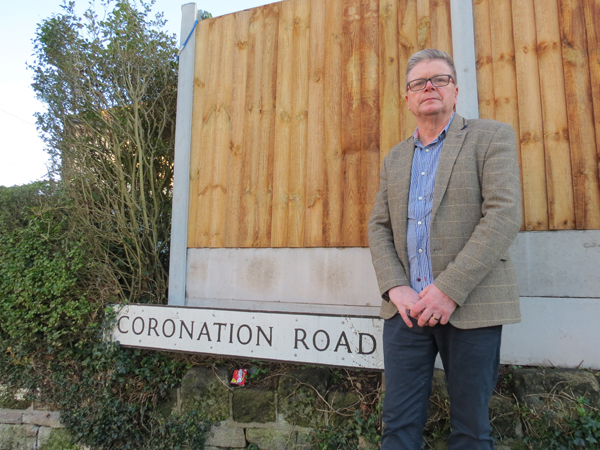 Social housing residents living with mould in Congleton have responded to an urgent appeal – and almost all of them live on the same estate.

Coun Rob Moreton put out a request for people living in damp properties to get in touch and said he was “not surprised” to receive 10 responses in a matter of days. Nine of those came from the Bromley Farm estate.

All of the properties, according to Coun Moreton, belong to social housing provider Plus Dane. The company said this week that it was “stepping up capacity to deal with cases promptly”.
The plea followed the tragic death of two-year-old Awaab Ishak in 2020 and a coroner’s ruling at an inquest last month that his respiratory condition was caused by prolonged exposure to mould in his family’s Rochdale flat.

Coun Moreton, who lives on the Bromley Farm estate, said: “After reading the news, I felt the need to ask residents if they had damp in their social houses. I was not surprised to receive emails from over 10 different households who have had problems for several years and feel their social housing provider hasn’t given them the help they need to solve the problems.

“Some even told me their children had been to hospital with respiratory issues and that adults were suffering from asthma because of black mould coming down their walls and around their windows. Their clothes also constantly stink of damp.”

One resident affected was a 44-year-old woman who lives on Woolston Avenue with her husband and two children.

The woman, who asked to remain anonymous, said that she first reported mould in her children’s bedrooms more than a year ago.

She said it had spread across the outside wall and were it not for her cleaning the house with
mould spray, the inside walls would be “covered”.

She added: “My daughter has had tonsillitis twice over the last two months and is full of a cold. I don’t know whether it’s a coincidence, but her room is the smallest and worst affected. We’re having to run a dehumidifier throughout the day and that doesn’t help with the cost of living crisis.”

Coun Moreton’s appeal for responses from residents is ongoing.

He added: “There must be many more who haven’t contacted me yet. The problem will only intensify in the winter months as tenants won’t be able to afford to heat their homes due to the cost of living.

“I will be working hard to put pressure on social housing providers to resolve these issues as a matter of urgency. In this day and age, nobody should be left to live in these conditions.”

Howard Cover, Plus Dane’s interim director of housing, said: “We understand the concerns customers may have on seeing evidence of damp and mould, and we are stepping up our capacity to deal with cases promptly.

“We expect to see rising numbers of cases over the winter months, particularly this year, as customers may not be in a position to heat their homes as they have previously due to the current cost of living crisis.

“If customers are struggling, we would ask them to get in touch with us as there may be some support we can offer.”

Mr Cover added that Plus Dane had been in contact with Coun Moreton and had begun booking appointments to remedy issues related to damp and mould.

Residents with evidence of damp and mould should email pictures to customer@plusdane.co.uk and they will be assessed on the same day.