Time runs out in bid to keep town tip open 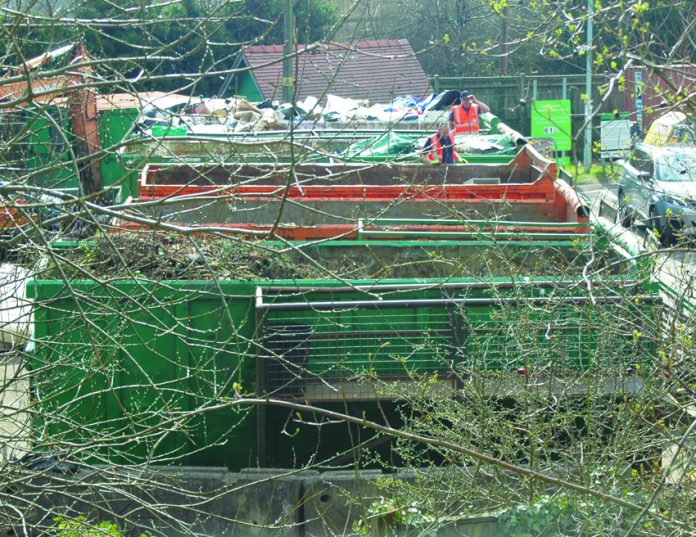 Congleton’s tip will not be replaced when the lease on the site runs out in four months, the borough council has agreed.

Despite numerous attempts to persuade Cheshire East Council to return to the drawing board to find a new location for a household waste recycling centre in the town, Cabinet members voted in favour of proposals at a meeting on Tuesday that mean Congleton residents will have to drive to tips in Macclesfield or Alsager when the Barn Road site closes.

It was a disappointing result for some who had urged for there to be a “task and finish” group set up, that would look at all available options for an alternative location.

The Cabinet member responsible for waste, Labour Coun Laura Crane, emphasised that the administration did not want the Barn Road tip to close and that it came despite repeated attempts to persuade the private landowner to extend the lease or allow the authority to buy the land.

At Tuesday’s meeting, recommendations were also approved by the Cabinet to procure a new contract for the running of household waste recycling centres across the borough from 2023.

It is during this procurement period that the tip in Congleton will not be replaced, although Coun Crane insisted this “does not remove the possibility” of building another one in the future.

She also suggested that the potential of mobile “pop-up” household waste sites could be looked at, which would “provide fairer access to waste disposal for communities who are currently disadvantaged”, although limited detail was provided on this.

First to speak at the Cabinet meeting was Robert Douglas, a Lib Dem at Congleton Town Council, who has campaigned against the closure since the tip’s future looked in doubt.

He argued that engine idling was just one example of the detrimental impact the closure of the Congleton site would have, and he asked what cost there would be to the council for ensuring that Macclesfield’s tip could cope with the expected increase in visits.

“Not knowing the answers to all these questions is a more serious omission than the minor administration error which obliged you to defer the decision last month,” said Coun Douglas.

“This leaves you with two choices – either defer your decision again until you have obtained all the information, or accept advice to set up a task and finish group to study all available alternative options for a replacement site for Congleton.”

Coun Crane responded: “There should be no cumulative effect because the closure of the site will not generate additional vehicle movements on the local road network.

“The report does also propose mitigation measures which could reduce the number of trips that residents would need to make to the tip. These include pop-up sites, as well as other options that we hope will be available under the new contract.

“With regard to the impact on the Macclesfield household waste and recycling centre following the closure of the Congleton site, we estimate an increase of around 28%.

“This equates to the annual tonnages increasing from around 5,000 tonnes to 6,000 tonnes, which we believe is manageable with some minor improvements to the access arrangements at Macclesfield.”

Later in the meeting, council leader Sam Corcoran addressed some of the environmental concerns that have been raised.

“I think it is well-known that I regard climate change as the greatest challenge facing our generation,” he said. “One interesting side effect of this is that people often say to me that I must support their view if I am serious about tackling climate change.

“I will admit that despite following the climate change debate for many years I have never previously heard Greta Thunberg, David Attenborough or any other climate change campaigner argue that to reduce climate change we must provide more household waste recycling centres.

“The argument of some politicians seems to be that if it is further to travel to a household waste recycling centre then more miles will be travelled, but that assumes that the number of journeys stays the same. That is clearly not true.

“Indeed, the evidence shows a strong correlation between the amount of waste produced and the number of household waste recycling centres.”

Concluding the debate, Coun Crane said: “I do not believe that even one member of the Cabinet would have chosen to be in the position we are with the lease ending ahead of the full review of our household waste recycling contracts.

“Officers did make repeated attempts to buy the land or to extend the lease but were unable to do so.

“There have been many suggestions for locations to build a new site, but the location is not the key factor, it is the cost of building the new site that is the key factor. Without the funds to do so, we can’t move it forward.

“Although we are not planning to build a new site ahead of the closure of the current one, that does not remove the possibility of doing so in the future.”

Coun Crane added: “The new Environment and Communities Committee will be discussing at length, I am sure, the possibilities and opportunities ahead for the council as they review provision and help to shape a new contract for 2023.

“We need to be looking at new and innovative ways to tackle the issues local towns have: pop-up sites are just one of a number of tools we might have in the toolbox for the future.

“It is frustrating that we have not been able to move forward with a renewal of the lease in Congleton, but we are where we are.”