Trust has promised to serve up quieter cafe 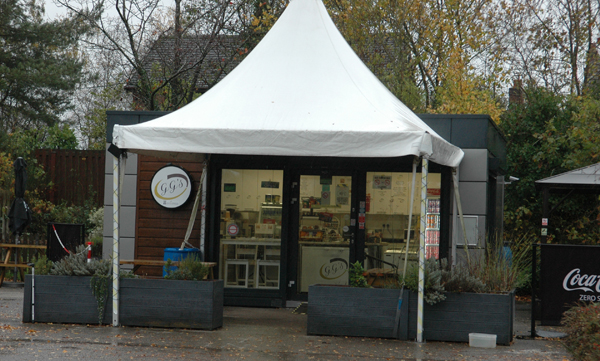 A cafe at a local beauty spot that has caused “disturbance and noise” for nearby residents plans to include more substantial screening to protect its neighbours, planners will be told.

The plan for a new cafe at Astbury Mere Country Park, on Sandy Lane, Congleton, was recently submitted to Cheshire East Council but a letter from a nearby Ennerdale Drive resident said the cafe site – on the edge of the car park – was where the landscape belt was at its narrowest and the houses closest.

“We have seen the level of activity steadily increase, partly due to the pandemic,” said the letter, adding that the area had been “neglected in terms of management and replacing lost vegetation”.

Said the letter: “If the café is now to stay for at least five more years, then it is necessary to provide more substantial screening to protect the nearest properties. A solid barrier and some more, bigger trees should be provided.

“There have been additional structures added since permission was given and due to their position, close to our boundary, these are a regular source of disturbance. The residents have asked that these be moved further away and put in front of the café instead.”

The letter said that Astbury Mere Trust was “sympathetic” to residents’ requests and negotiations were continuing.

“If these negotiations are successful, this will allay many of our concerns about the café remaining.”

Alison Cresswell, of Astbury Mere Country Park Visitor Centre, has applied for planning permission to extend the use of the cafe by five years. She said the office had been removed and added: “The changes in the hospitality industry as a result of the pandemic has led to demand for more outdoor seating that will withstand all types of British weather.

“The cafe provides income to Astbury Mere Trust, as well as local employment and a place for the community to meet.”

The trust is to look at relocating the outdoor seating and temporary structures to in front of the café, as was the intention of the original permission in 2017. This would enable the café building to act as a screen and give neighbours some protection.

The Cheshire East Council reference number is 22/1057C; the last date for submitting comments is 7th December, and the council’s decision target date is 27th December.