Trust your own reality in the storm of misinformation 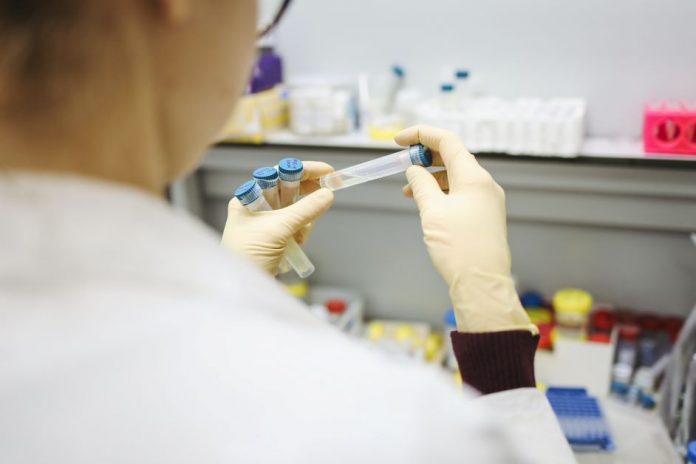 “Don’t shoot me, I’m only the messenger,” a friend in Biddulph complained recently on passing on a complaint – but often the messenger is important.

A recent NPR (National Public Radio in the USA) looked at the success of two countries in overcoming anti-vax hoaxes and while it was interesting in itself, the podcast also flagged up the fact that anti-vax hoaxes are tailored to suit their local culture.

For example if you’re a typical Chron reader and rash enough to believe a single word you read on social media, you’ll possibly be learning that Bill Gates has filled the vaccine with nanobots (Mr Gates is a go-to for any crackpot conspiracy theory) or more likely that the vaccines are dangerous because of blood clotting.

It’s true that some very few cases of blood-clotting have been associated with covid vaccinations – and it’s an association not a cause and effect, and in less than 10 people out of 20m people who’ve had the AZ jab – but now they know about it, they can treat it: the problem was not the clotting but the fact that the standard treatment exacerbated the problem.

Even this fear is cultural, as it reflects our cultural sexism: young women taking the birth control pill have a 400 in a million chance of a blood clod whereas the supposed risk for the C19 jab – which affects men as well – is about four per million yet has grabbed headlines.

For example, a year ago it was being claimed that the 5G network was causing or exacerbating symptoms of covid-19, and later that wearing a mask activated the coronavirus; people tend make their minds up by what they see and clearly neither of those proved true and appear to have fallen in popularity.

In India, where WhatsApp is a preferred way of spreading fake news, it was claimed that women shouldn’t take the covid vaccine five days before and after their menstrual cycle.

The University of Indonesia found that 21% of respondents in a survey believed that covid-19 was a conspiracy created by members of the global elite.

In Russia, many people believed the coronavirus was a man-made biological weapon and declined to take their country’s Sputnik vaccine although – to descend to national stereotyping – the fact that a Russian health official said that people who received the vaccine should abstain from alcohol for two months probably didn’t help.

And of course Russia itself has spread fake news about other vaccines, such as links between the Pfizer vaccine and the deaths of vaccine recipients, to make Sputnik seem more reliable (it is reliable, by the way).

In the US, as well as nonsense about drinking bleach, there were rumours that the Pfizer and Moderna vaccines caused Bell’s palsy, a temporary weakness or paralysis of one side of the face; again this rumour has probably vanished as millions of people are vaccinated but not walking round with frozen expressions.

The danger of all this was illustrated in a poll by Ofcom, which found that almost half (46%) of the UK population reported exposure to fake news about the coronavirus and two-thirds reported seeing it on a daily basis, with repeated exposure known to increase belief.

The NPR programme looked at two groups of people, Muslims in the UK and Jews in Israel, both of whom were targeted by large doses of fake news.

The anti-vax hoaxes targeted at Muslims included claims that vaccines were made with pork products – they are not – or that they would damage your DNA (the Pfizer and Moderna rely on messenger mRNA, which tells the body how to make the spike protein that then trains the immune system to identify and attack the real virus), along with a more abstract claim that whether people lived or died was in the hands of God.

The programme talked to a mosque in Birmingham and how its imam had realised that people would believe him more than social media or WhatsApp, and turned the mosque into a vaccination centre. He made a personal show of getting the vaccine and emphasised in sermons that good health was a gift from God. The mosque has now delivered more than 15,000 doses to people in the area.

The authorities started by explaining the science to rabbis – who backed the vaccine programme – then persuaded an influential council of rabbis to put anti-vaccine hotlines on a telephone blacklist.The anti-vaccine posters were tackled more literally: getting some pro-vax posters made and papering over the anti-vax bills. The poster war lasted two weeks before the opponents gave up.

Sceptics also claimed a pregnant woman and her baby died after taking the vaccine. In fact, she caught covid and died before getting a vaccine, and her widower countered the fake news with interviews to ultra-orthodox and mainstream media, saying she hadn’t been vaccinated and if she had been she would have survived.

Today, more than 80% of ultra-orthodox Israelis above the age of 30 are vaccinated (or have recovered from the virus).

Still, our most reliable messenger is our own eyes and ears; many people we know have taken the vaccine and suffered no long-term consequences, which reduces the likelihood we will believe nonsense on social media.

It’s also telling that Test and Trace, run by associates of the Government, was generally a failure with many people not trusting it, while the vaccination programme, run by the trusted NHS and a major pharmaceutical company selling the vaccine at cost, has been an unqualified success.