Congleton Town FC back where they belong 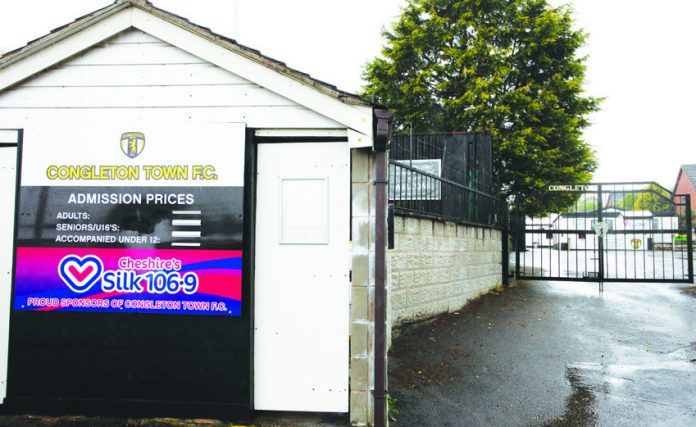 With a month to go until the new football season, Congleton Town FC has netted what could be its most important victory after winning an appeal to remain in the North West Counties League.

Within weeks of the FA ruling that the Bears should move to the Midlands Football League Premier Division as part of a restructure of the non-league football pyramid, the game’s governing body in England has overturned its own decision, a move Congleton Town chair Nigel Moorhouse described this week as “a pleasant surprise”.

The Bears, who have been in the North West Counties League for the last 40 years, had said it had “no affiliation” with the Midlands region and that away games would incur more travelling costs for the club and fans.

Town, which has an established scouting network in the North West, would have had to start that again from scratch.

Mr Moorhouse appealed against the FA’s decision and was the sole representative for the club during a 90-minute virtual hearing in which he presented the Bears’ case for continuing to play football in the North West.

Having been notified of the FA’s decision on Thursday, Mr Moorhouse told the Chronicle: “We did not expect to win but I think the appeal hearing was conducted on a very fair basis.”

He explained the seven-strong appeal board included an FA judicial services officer as well as three representatives of the FA League Committee.

In Town’s appeal Mr Moorhouse said the Bears was not a Midlands club geographically, that it was a Cheshire club and a founder member of the North West Counties League, in which it had played for 40 years.

“From a financial point of view, the move to a Midlands league would have cost us more money and we felt the short notice of the move would have left the club little time to make all the necessary changes,” he said after the FA’s appeal decision.

“I think the independent panel had a lot of sympathy for our argument.

“We did not expect to win, and it was a pleasant surprise to find out that we had. It is unusual for an FA decision like that to be overturned. There was a lot of sympathy for our argument.”

Mr Moorhouse said he expected the North West Counties Premier League will now comprise 21 teams instead of 20 when the new season kicks off at the end of this month.

“We will carry on where we wanted to be but did not expect to be and preparations for the season are underway,” he said.

When the non-league shake-up was announced, Mr Moorhouse said there had been no consultation.

He said he believed Town had lost its place in the league at the expense of Macclesfield FC, which had been allocated a place having reformed and brought in former Welsh international-turned football pundit Robbie Savage as director of football, following the collapse of Macclesfield Town.

This week, Mr Moorhouse said: “We retain a friendly relationship with Macclesfield FC and look forward to playing them.”

The only response the FA gave to the Chronicle about its decision was that out of 31 appeals by clubs in steps four to six of the non-league football pyramid, eight appeals, including Congleton Town’s, were allowed while the rest were dismissed.

Reporting the appeal decision on its website, the North West Counties League said: “The FA thanked all parties for the manner in which the club and the FA Committee made their submissions.

“We welcome back all at Congleton Town to the NWCFL and will release further information in due course on the shape of the respective divisions as we receive clarity on divisional numbers as the outcome of appeals is known.”