Echo and The Bunnymen: Evergreen 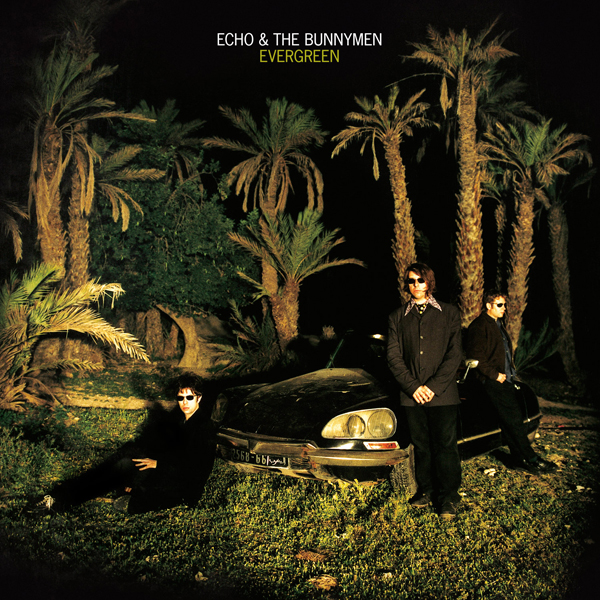 First off, we’d better declare that Echo and The Bunnymen largely passed us by, chiefly because their fans were so damned earnest (the same people who probably put us off taking Bob Dylan more seriously, which is to our loss).

We’ve tried several times – someone once gave us all their albums – but once you miss that sweet spot of a band being at their early peak it’s hard to enthuse when jumping on the bandwagon late.

Still, this reissue, 25 years after post-post reformation album Evergreen came out, is pretty good, and it’s clear that the Beatles weren’t Oasis’ only influence.

Nothing Lasts Forever is a genuine classic with swirling strings replacing the usual guitar riffs. Opener Don’t It Let Get You Down is a strong song, and I Want To Be There (When You Come) pounds along nicely, from the constant kick drum to a guitar riff. Just a Touch Away is another good ballad and nicely dark, and the echoey Empire State Halo is a standout. Some of the others, however, are just songs that chug along and stop (and in the case of a couple, not soon enough).

There’s a live section following the studio album, which is decent, opening with I Want To Be There and presenting a composite live show recorded at different venues, giving the chuggy songs a coherent place in the setlist. The live songs include a fine version of The Killing Moon (from the Pete de Freitas days) but no Cutter.

Fans will probably get it for the bonus live tracks, but jaded fans of Oasis might find this a decent album, with more than a couple of tracks to sing along to in the car.