Enjoy tales from the riverbank 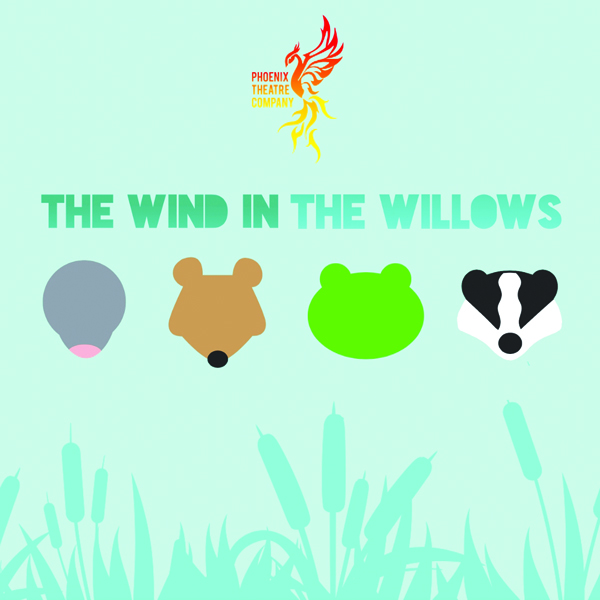 Phoenix Theatre Company is performing the much-loved story of Ratty and Mole’s life on the riverbank next week.

Wind in the Willows runs from Thursday, 15th to Saturday, 17th December at the Daneside Theatre in Congleton.

Kenneth Grahame’s story tells of the good-natured Mole losing patience with spring cleaning. He flees his underground home and ends up at the river, which he has never seen before. He meets Rat, actually a water vole, who takes Mole for a ride in his rowing boat. They get along, and spend days boating, with “Ratty” teaching Mole the ways of the river, the two friends living together in Ratty’s riverside home.

One summer day, Rat and Mole disembark near the grand Toad Hall and pay a visit to Toad. Toad is rich, jovial, friendly and kind-hearted, but arrogant, and becomes obsessed over hobbies, only to abandon them abruptly. His current craze is his horse-drawn caravan. When a passing car scares his horse and causes the caravan to overturn into a ditch, Toad’s craze for caravan travel is immediately replaced by an obsession with motorcars.

Phoenix is presenting a new and present-day adaptation of The Wind in the Willows, a novel notable for its mixture of mysticism, adventure, morality, and camaraderie, and celebrated for its evocation of the nature of the riverbanks.

Follow Mole, Ratty, Toad and Badger on their journey through riverside picnics, wild woods, jailbreaks, car chases and cross-dressing amphibians to save Toad Hall from disaster from the evil Weasel and his gang and get little Mole home.

Phoenix Theatre Company was first established in Congleton in 2019, by four founding members who were passionate about having a community theatre hub that specialised in plays, delivering workshops, theatre experiences and the opportunity to help people build on their skills and passions for theatre. Phoenix aims to perform two plays a year.