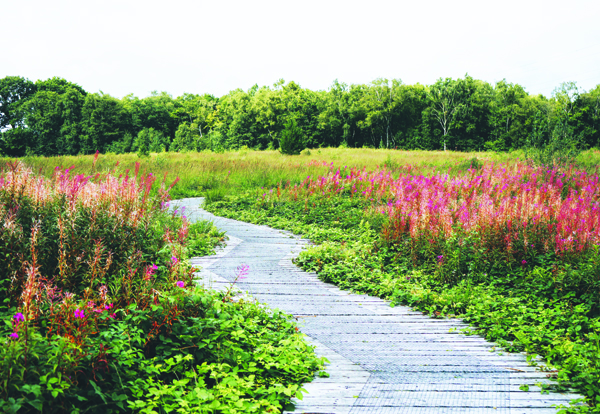 Cheshire Wildlife Trust has successfully championed the selection of a new local wildlife site in Macclesfield, at Danes Moss North.

The designation was agreed in November and the site will now be added to the network of more than 400 wildlife sites in Cheshire East.

Local wildlife sites are places rich in nature that provide home for rare and important wildlife. Qualifying sites need to meet strict criteria and be assessed by a panel of local experts.
Danes Moss North has been selected because it is home to increasingly scarce habitats and wildlife including, lizards, small heath butterflies and three breeding pairs of the nationally endangered willow tit.

Despite its new status, Danes Moss North remains at risk of development from nearly 1,000 homes, a link road and retail units.

The council-led plans have met stiff resistance from Cheshire Wildlife Trust, the Save Danes Moss group, local MP David Rutley and celebrity campaigner Chris Packham, who are all challenging the council’s plans to build on the site.

While the new status does not prevent the site from being built upon, it means its wildlife value must be taken into consideration before any final decision is made on the development.

The new status would also require any developer to do more to limit the damage caused to wildlife.

James Melling, of Cheshire Wildlife Trust, said: “Designating Danes Moss North as a local wildlife site is a huge win for wildlife. It acknowledges that this site is a fantastic wildlife corridor and extremely valuable to nature.

“The land is part of a much larger peatland, of which the southern half, known as Danes Moss Nature Reserve, is already designated as a site of special scientific interest.

“Recognising the importance of Dane’s Moss North is a welcome step toward creating places for nature that are bigger, better and more joined up.”

He added: “Alongside the Save Danes Moss group, we’ve created a vision for what this site could look like if we chose to not just protect it but fully restore it for nature. We’ve imagined a Danes Moss that is better for nature, the climate and our communities and we would encourage people to offer their thoughts via our online consultation.”

Macclesfield MP David Rutley, who recently visited the site, said: “The designation as a local wildlife site is a positive step forward. It highlights the rich wildlife at the site, which needs to be fully recognised and protected.

“This also another critical reason to oppose development on this vital peat land.”
The Danes Moss community consultation can be found online at actionnetwork.org/forms/a-vision-for-danes-moss.