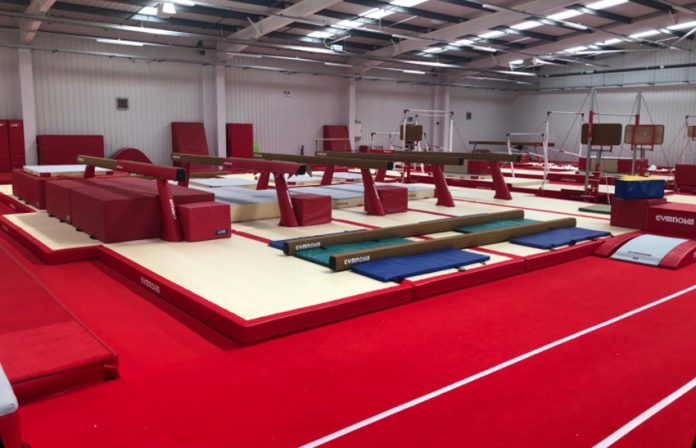 Two organisations in Sandbach received more than £2½m in donations from a local entrepreneur, a charity’s annual report has shown.

The Denise Coates Foundation, founded by the Betchton woman who runs Bet365, donated £2,182,928 to Sandbach Gymnastics Foundation and £552,732 to the town’s Leonard Cheshire Disability’s Hill House.

The club’s membership capacity has increased, which will enable it to extend its reach with regard to fostering and promoting community participation in healthy recreation.
The money to Leonard Cheshire was to fund the operating costs of a new young adult unit and the delivery of the children’s hospice’s front-line activities. The foundation has supported the centre since 2014 and provided several grants. The home offers a residential service for disabled people.

The latest grant will fund work to increase independence and wellbeing through the deployment and use of assistive technology.

The foundation has also committed to support a five-year programme to develop the Hassall Green Nature Reserve. The Land Trust, which owns the reserve, has been informed of the foundation’s intention to fund an award of £456,127. To date, the institution has received £291,000.

In 2018/19, the foundation committed to supporting the construction of a community support centre in Crewe. Planning permission was rejected, and a significant redesign was required. The changes led to a cost increase of over £90,150 which the foundation agreed to fund. As a consequence, the foundation’s total financial commitment to the project rose to over £545,000.

The annual report of the Denise Coates Foundation said the awards were part of £9,029,532 of grants and donations it committed to support locally, nationally and internationally through UK registered charities.

It also gave £335,000 to the New Vic Theatre, £235,000 to redevelop the theatre’s auditorium and stage, replacing all 597 seats in the in-the-round auditorium, balcony redevelopment, replacing auditorium aisle ends and lighting as well as replacement of main stage floor and entrance/exit ramps.

In addition, a further £100,000 grant was provided to the theatre’s Borderlines Programme that engages with, and supports, disadvantaged individuals and communities in the area. The money was to support an exhibition of British artist Lynette Yiadom-Boakye’s work.

The Tate was also awarded a grant of £423,300 to fund an exhibition of Ms Yiadom- Boakye’s work. “The foundation hopes that the funding will enable a broader audience to become aware of the artist’s work. Beyond the exposure to the specific artist it is hoped that people who would not ordinarily take an interest in art can be encouraged to engage,” said the report.

The foundation gave £283,810 to the Douglas Macmillan Hospice for 12 months’ operational costs of its day therapy unit.

The unit is a standalone facility located in the charity’s main grounds and offers a variety of activities designed to exercise and stimulate mind and body. Since its inception through to the end of 2019/20 the foundation has committed, in total, £2,698,073 of funding to the hospice.

The foundation also funded a £1.6m school bursary scheme for students from disadvantaged backgrounds at Roman Catholic Stonyhurst College, Lancashire, to fund gifted children who would not ordinarily have the opportunity to attend the school.

The foundation is also funding a three-year project to fully implement a mentoring programme at nine health facility sites in the Lilongwe District of Malawi, which received grant totalling £1m. The project aims to reach 165,000 women, children and their families providing them with health and wellbeing advice and guidance.

The foundation conditionally committed £676,000 of funding to support a water systems and hygiene project in Eritrea which, over three years, is intended to deliver water supply systems to 10 villages in the regions of Anseba and Debub.

The second instalment of £336,304 was released following a “positive assessment” of the project’s progress by Foundation trustees.

The foundation continued its support of Father Hudson’s Care, the social care agency of the Catholic Archdiocese of Birmingham, donating £100,000 to its Young at Heart programme. The scheme offers a range of services to combat social isolation faced by older people in and around Stoke-on-Trent.

An unidentified centre supporting the needs of severely handicapped children received a grant of £41,548 to enable it to, among other things, equip a multi-sensory room.

The foundation also committed to providing funding to two local universities’ bursary schemes. As with earlier funding commitments the stipulation is that the donations are to be used to support students with disadvantaged backgrounds who come from the local area.

In addition to the support provided to the two local universities the foundation continued its commitment to support access to higher education for those with disadvantaged backgrounds by providing grants/commitments to support bursaries for undergraduates at another UK university, along with providing funding for 10 post-graduate scholarships.

Since 2013 the foundation has provided/committed funding of £3m to university bursary/scholarship programmes.

The report said the fund “recognised the need” for medical research to advance treatments and to potentially deliver cures for diseases and conditions that can have a devastating impact upon individuals suffering directly and those close to them.

Consequently, it continued its funding in support of medical research with total funding/funding commitments of more than £1.6m.

Several projects were supported including research into the relationship between the microbiome and cardiovascular disease and a three-year dementia research project being undertaken at the University of Sheffield.

The foundation’s income came from interest and investment returns of £3.7m and charitable donations of £85m, resulting in total incoming resources of £88.7m.

Governance costs were £57,151; investment management costs were £823,369 and investment losses £31m – the report said the short-term volatility of the stock market, caused by the covid-19 outbreak, led to the “significant loss” – £47m.

The foundation has total funds of £385m.

The donations during the period from Hillside (Media Services) and Hillside (Technology), both subsidiaries of Bet365.

The Hillside endowment fund was established in March 2014 by an initial gift from corporate members of the Bet365 Group, then by additional gifts in the subsequent financial years. Sonations from the Bet365 Group total £431m.