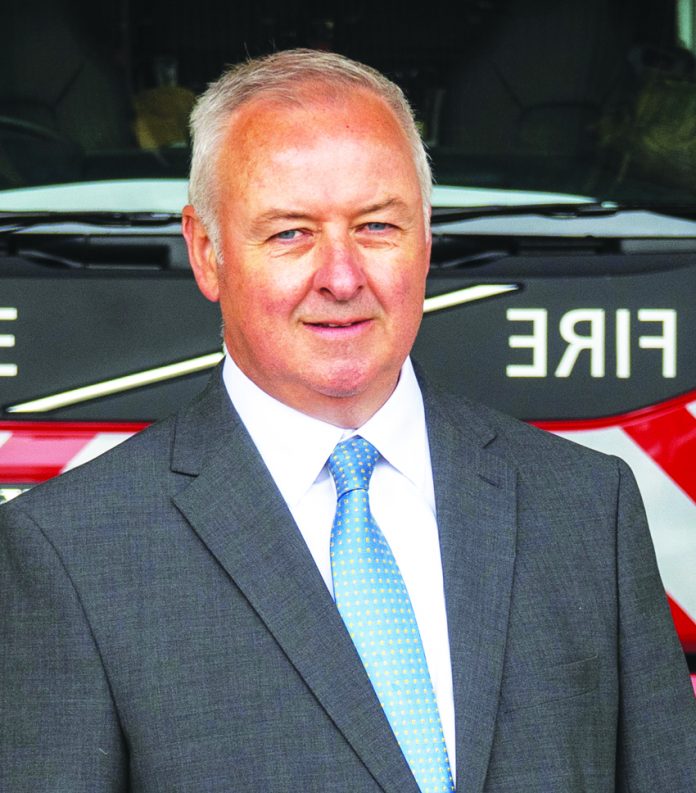 The new Staffordshire commissioner for police, fire and rescue and crime, Ben Adams has taken his oath to both services, officially marking the start of his three-year term in office.

In a ceremony held at the joint base for fire and police in Hanley, Mr Adams took the declaration of acceptance of office, following his victory when he won against four other candidates, with 55.71% of the vote.

The ceremony took place before a specially invited audience, which was smaller than usual due to covid restrictions, but included Chief Constable Gareth Morgan and Deputy Chief Fire Officer Rob Barber. It was also live streamed.

Mr Adams said: “A large proportion of the county have placed their trust in me, and I hope to live up to their expectations over the next three years.

“My task is to help the services to become excellent while delivering what people in Staffordshire want. They want to see more police out and about in our communities, they want a faster response to non-emergency calls, and they want a rapid response to emergencies whether they live in our city, towns or countryside.

“Over the last 18 months, I’ve also heard a lot about concerns for young people being exploited, dragged into the drugs trade and further into criminality.

“People also want better contact with the services, particularly being able to speak to 101 quickly, getting feedback and being able to share their concerns about their communities. We can do better, I think, and I’d like us to become one of the best in the country.”