Social supermarket’s closure ‘had been agreed in advance’ 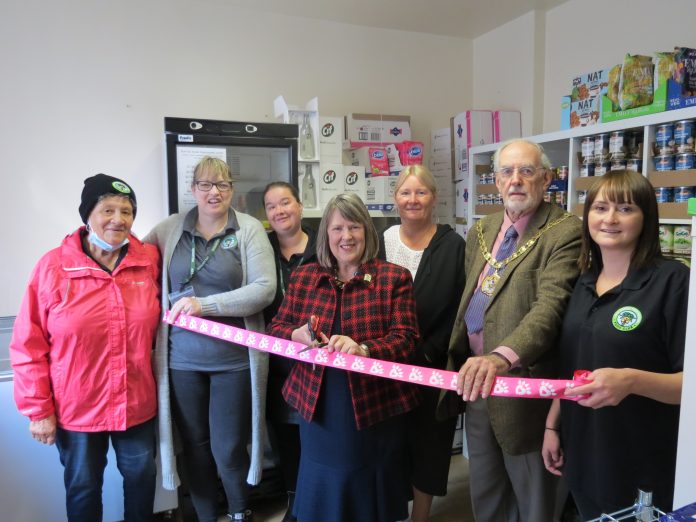 Volunteers at a social supermarket said they were evicted from a town centre building with just over a week’s notice – leaving poverty-stricken shoppers scrambling for alternatives over Christmas.

The Green Tree House, on Lawton Street, opened last year and has helped countless people struggling with the rising cost of food by offering significantly discounted prices on essentials such as fruit and veg, cereal and tinned goods.

But according to those leading the project, they were given just nine days’ notice before being evicted out by the LOL Foundation – the veterans’ charity that runs the town centre premises.

The LOL Foundation disputed that account of events when contacted by the Chronicle and claimed it had been agreed in advance that the supermarket would close prior to Christmas before moving elsewhere.

Amanda Beech, who leads the Green Tree House, said: “I don’t know why it’s happening. We had a phone call from the LOL Foundation to say that someone had reported it to Cheshire East Council because, allegedly, it wasn’t allowed to have a shop in the building.

“They said we had to be out by Friday and, if we weren’t, they’d lose their licence. It’s just strange, because Cheshire East Council knows that we’re here and has supported us.”

The social supermarket was open yesterday (Wednesday) and will be open again tomorrow (Friday), but will not operate on Lawton Street after that.

Ms Beech added: “It was such a shock because there was no forewarning. We’re desperately trying to find another venue because we help about 200 people every week. It’s a lifeline for people in Congleton.

“Now we’re going to have to close the day before Christmas Eve – what are those people going to do? It’s terrible. Our volunteers are panicking. We might even have to park a van outside the shop with food in the back if we don’t find anywhere soon.”

Jill Dolman, founder and chair of the LOL Foundation, said that it had been agreed in advance that the supermarket would move into a new premises that the foundation had acquired next door to Morrison’s.

Ms Dolman explained: “Someone complained to the council that we were sub-letting in a residential house, but when Cheshire East got in touch, we explained that was not the case because the supermarket was getting it for free.

“It’s not the end, because we have massive plans to move to the new building in the town centre to set up a veterans’ café and a social supermarket. Everyone is getting behind us and the Green Tree House are going to come with us.

“My understanding was that they were closing for Christmas anyway. They knew about the new building; I had told them. I think we’ve proved that there is a need for the social supermarket, we just need a bigger premises.”

Ms Beech maintained that she had not planned to close the supermarket on Lawton Street and that she was not made aware of the proposed move to near Morrison’s.

The Green Tree House has another social supermarket in Biddulph.